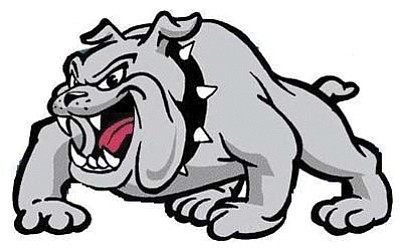 WINDOW ROCK, Ariz. - The Winslow Lady Bulldogs finished second in the Tournament of Champions over the weekend, winning games on Wednesday and Friday but losing the championship game to Page Nov. 28.

On Nov. 25 the Lady Bulldogs defeated the Chinle Lady Wildcats 70-45  at Window Rock in the Tournament of Champions. The win improved Winslow's record to 2-0 and dropped Chinle's to 1-1.

Chinle started strong on three three-pointers by Shinaya Yazzie but Winslow came on strong near the end on the quarter and had a narrow one point 14-13 lead at the end of the first quarter.

Winslow played better in the second quarter and had a 33-28 lead at the intermission. The Lady Bulldogs opened a comfortable 20 point 54-34 lead by the end of the third quarter.

Jaycee Sangster led the Lady Bulldogs and all scorers with 25 points. Justine Butterfield was also in double figures for Winslow with 11 points and Adranna Singer scored nine points. There were 10 Lady Bulldogs who scored. Shinaya Yazzie led Chinle with 11 points.

On Nov. 27, the Lady Bulldogs defeated the Window Rock Lady Scouts  59-41   at Window Rock in the Tournament of Champions. The win improved Winslow's record to 3-0 and dropped Window Rock to 1-1 for the season. Winslow advanced to play in the championship game at Chinle on Saturday.

Winslow took advantage of a plethora of Window Rock fouls and built a 17-12 first period lead, which should have been more because the Lady Bulldogs missed significant number of charities.

The Lady Bulldogs built a double digit lead by the middle of the second period.  Winslow had a 36-20 lead at the half.  The Lady Bulldogs had a comfortable 48-28 lead going into the final period.

Page built a double digit 14-4 lead in the first quarter as the Lady Bulldogs had trouble with turnovers. The Lady Sand Devils slightly increased their lead in the second quarter although Winslow played better in that period as Page took a 28-15 lead to the locker room at the intermission.

The Lady Sand Devils led 44-25 at the end of the third quarter.

Ashley Dempsey was the only Lady Sand Devil in double figures taking the game high honor with 19 points.