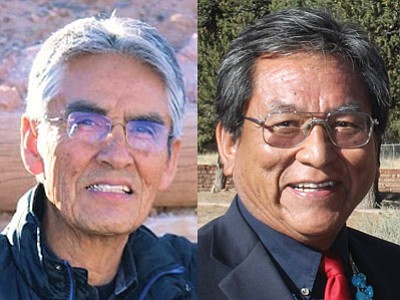 Joe Shirley Jr. and Russell Begaye are on the ballot as the Navajo Nation votes in the presidential election today.

Window Rock District Judge Carol Perry issued a ruling April 17 that stayed the general election until a public referendum could be held on the fluency requirements for the president and vice president of the Navajo Nation.

Election supervisor positions to replace those board members who were held in contempt by the higher court for refusing to comply with the court's directive are also on the ballot today.