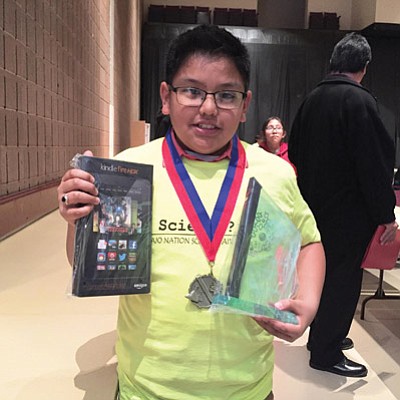 TUBA CITY, Ariz. -Creativitiy, discipline, and keen scientific interest from students along with a supportive and caring educational environment made for several big wins at the Eagles Nest Intermediate School in Tuba City this past month.

Four intermediate students will represent the Tuba City School District at the state competition in Phoenix later this month.

Competing in their grade level science contest wasn't the only high point for the student scientists, they also got a chance to travel to Churchrock, New Mexico for the competition and visited the Navajo Nation Tribal Museum in Window Rock on the way.

Another highlight for the students was the chance to meet, visit and compare scientific results with other students from both public and private schools.