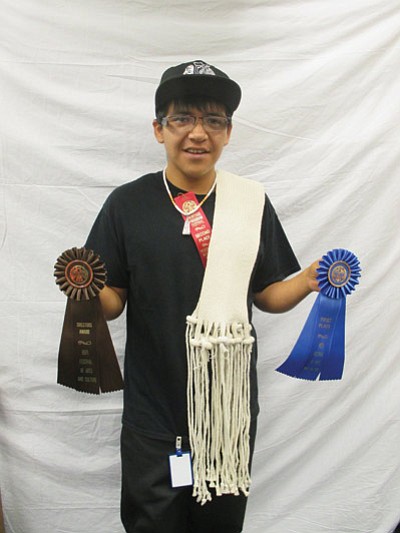 "This was important to me because this was the first time I entered or got my artwork judged," he said.

"The way I will use my art in the future is to get my artwork out in the public and to have my artwork noticed," he said. "I will also use my work to get me through my education."

Although Masawytewa is proud of his artwork he knows that he can improve.

"I will improve my artwork by taking advice from other well known artists," he said.

His favorite artists are his friend Justice Tso, older brother Darwyn Puhuyaoma, and professional artist Nick Brokesholder. The three are all Hopi artists.

Masawytewa wants to major in art in college, but he is not sure which college he wants to attend.

"I would be interested in making a career out of my artwork because I like the kind of work that I do," he said.