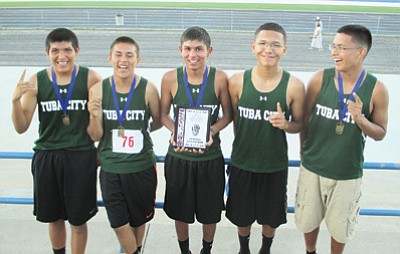 The other runners finishing in the top 15 were Danah Smith from Greyhills, which took seventh overall. Jessica Todcheenie from Holbrook placed 10th and her teammate Miya Tom took 13th. Felicia Suttle from Alchesay finished 14th.

Nathaniel Henio from Window Rock was the individual boys champ with a time of 17:41, but the rest of his teammates were off the pace.

In the womens open race, Window Rock won the championship with Phylicia Flores from Chinle winning the individual championship.