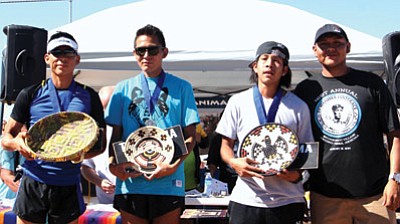 The race takes place annually, during the Labor Day weekend, in honor of Louis Tewanima.

Tewanima, a Hopi Indian and two time Olympian (1908, 1912), is a running legend to the Hopi tribe.He won a silver medal in the 1912 Olympic summer games in Stockholm, Sweden with a record time of 32:06.6. The time stood until 1964 when Billy Mills broke it during the 1964 Summer Olympic Games in Tokyo, Japan.