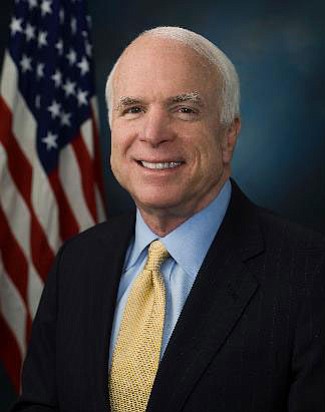 Today, America is in the middle of an energy revolution, which will create millions of new jobs and generate billions of dollars in revenue over the next decade. By 2020, the United States is expected to become the world's largest exporter of natural gas. Already, oil and gas production in North Dakota and Texas ranks these states combined as the 5th largest energy producer in the world.

Indian Country deserves to be part of this growing economic opportunity. Today, more than one-in-four American Indians live in poverty and some reservations have unemployment rates as high as 75 percent. This is terribly unfair considering that Indian reservations hold a tremendous amount of energy potential. Approximately one-third of Arizona's electricity is supplied by coal that comes from the Four Corners region. Our state's sunny climate offers some of the highest solar potential in the country. And, according to a report by the National Congress of American Indians, reservations hold nearly one-quarter of all American onshore oil and gas reserves.

Unfortunately, an estimated 86 percent of Indian lands that have energy or mineral potential remain underdeveloped because of the federal government's heavy-handed regulation of Indian property. As it stands today, bureaucrats at the Bureau of Indian Affairs in Washington have more say than an individual Indian or a tribal government when it comes to managing Indian lands.

I believe that Indian tribes should be able to pursue energy development as they see fit just like any other non-Indian business. Similarly, tribal governments should have the right to limit their energy production under the tenets of tribal sovereignty. Congress can help to achieve this by cutting through government red tape and providing tribes more autonomy in managing energy production within their reservation borders.

I recently cosponsored the Indian Tribal Energy Development and Self-Determination Act Amendments of 2014 in the U.S. Senate, a bill authored by my colleague Senator John Barrasso (R-WY) that would do just that. Under this legislation, Indian tribes will have greater independence in developing their energy resources by having the option to streamline approval processes for energy projects, rights-of-way, leases, and business contracts. The bill has bipartisan support, including from the Obama Administration, and was passed by the Senate Committee on Indian Affairs earlier this summer.

During my 33 years serving in Congress, I have long advocated for Indian self-determination and self-governance. Empowering Indian tribes to decide for themselves how, when, and where to unlock their energy potential presents a significant opportunity to both increase our nation's energy security and create good-paying jobs in Native American communities.