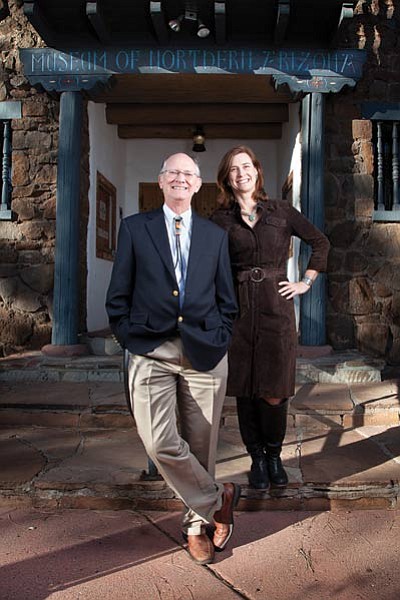 Heinonen has more than 20 years of experience with both non-profit and Fortune 100 organizations including brand-management roles at Wm. Wrigley Jr. and Quaker Oats/Pepsico.

Most recently, she served as President and Director of the Musical Instrument Museum (MIM) in Phoenix. From 2005 to 2011, she served as the Vice President for Marketing and Public Affairs at the Art Institute of Chicago, the country's second largest art museum, where she established the marketing department, rebranded the museum and led communications for the launch of the museum's Modern Wing.

"I am thrilled by the selection of Carrie as the next director of the Museum of Northern Arizona," Breunig said. "She has the right combination of experience in both the museum and business worlds to lead MNA to its next stage of development and understands the unique character of the museum. She will be a strong steward of its mission, its assets, and its future potential."

Heinonen grew up in Tucson and received her Bachelor of Arts in Art History from Dartmouth College and her Master's Degree in Public and Private Management from the Yale School of Management. She worked in the curatorial department at the Heard Museum conducting research for The Boarding School Experience exhibition, studied Maori art in New Zealand, and lived and worked with the White Mountain Apache tribe.

"I am honored to be joining MNA on the heels of such a transformational leader," Heinonen said. "Dr. Breunig, with the support of the board, has accomplished so much to ensure that the museum is positioned to fulfill its role as a steward of the Colorado Plateau's natural and cultural legacy. I look forward to working with the museum's talented staff, dedicated board, and with Robert to actively serve the Flagstaff community as well as visitors from afar."

Kent Corbin, chairman of MNA's Board of Trustees, said Bruenig's contributions to the museum and community will be felt for decades to come.

"We are confident Carrie is the ideal candidate to pick up the baton and take us into the future," Corbin said.

Breunig, 69, first joined the museum in 1975 and returned in 2003 as president and CEO. From January until his retirement in June 2015, he will retain the title of president and will focus on the much-anticipated renovation of the museum's ethnology gallery. The project will showcase more of the museum's world-class collection and include greater representation of native voices.