Butler to run for Arizona House of Representatives 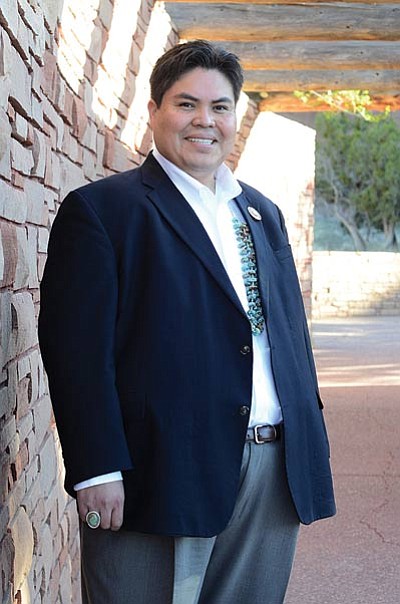 Navajo Nation Councilman Joshua Lavar Butler is running for a seat in the Arizona House of Representatives. Submitted photo

TUBA CITY, Ariz. - Navajo Nation Councilman Joshua Lavar Butler announced April 28 he is running for a seat in the Arizona House of Representatives.

Butler, a Democratic Party candidate, is seeking one of two seats in the Arizona House of Representatives representing Legislative District 7. The district has two seats in the House and one seat in the Senate. Jamescita Peshlakai (D-Cameron) and Albert Hale (D-St. Michaels) are the current seat holders in the House of Representatives, and Carlyle Begay (D-Ganado) serves as the state senator.

Peshlakai and Begay will both run for the one seat in the State Senate. Hale has not announced his intention for re-election as a state representative yet.

Legislative District 7 is the largest in the state of Arizona and includes the counties of Mohave, Coconino, Navajo, Apache, Gila, and Graham. The district stretches from Peach Springs, Arizona located on the Hualapai Reservation, across the Navajo Nation and Hopi reservation, and south to San Carlos and Bylas, Arizona.

According to a press release from Butler's campaign staff, Butler is running to be a voice for rural Arizona.

Nomination petitions are due May 28.

Butler is currently completing his last year of his four-year term on the 22nd Navajo Nation Council. He serves on the Health, Education and Human Services Committee. He is also the Navajo Nation's designated voting member of the National Indian Gaming Association and the Arizona Indian Gaming Association where he advocates for economic development through Indian gaming and protecting jobs that provide income to support families.

Butler is an alumnus of Northern Arizona University and he is the owner of a public relations firm based in Flagstaff with offices in Camp Verde, Arizona and in New Mexico.