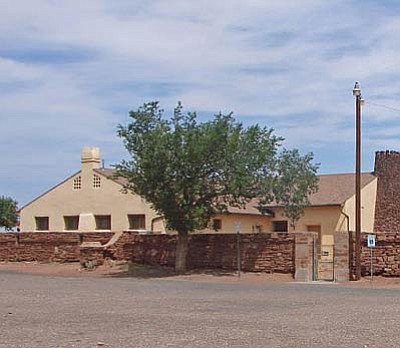 Winslow’s Head Start is putting on a raffle to raise money for their crisis program to buy year end gifts for children enrolled in the program. Submitted photo

WINSLOW, Ariz. - The Winslow Head Start program is putting on a raffle through March 31 to raise money for their crisis program and for end of the year summer goodies for the kids until they come back to school in the fall. The raffle will take place April 1.

Tickets are $1 each from Head Start parents in Winslow.

Jennelle Layne is a Winslow Parent Council member and board member of the Northern Arizona Child Development Administering Board. She represents Winslow on the regional level. She said she wants to raise enough money to provide an extra $13 per child to add to the $13 per child the program already has available for year end gifts. She said the raffle is important for low income parents because those parents must spend their money on necessities like food instead of things for the children, like backpacks, clothes or other fun things.

"We try to give the kids as much as we can," Layne said. "I want to do for the kids what they might not get somewhere else."

Businesses in Winslow and the surrounding area have donated more than 70 prizes including a five-day, four night trip to Cancun, four Disneyland Park Hopper passes and a two night stay at the Atlantis resort among many others.

Head Start serves kids ages prenatal to five years old. Layne said that the Winslow Head Start is always enrolling and a waiting list is available if the program is full.

More information is available at the Winslow Parent Council's Facebook page: www.facebook.com/WinslowHeadStartParentCouncil?ref=br_tf or at (928) 289-2651.