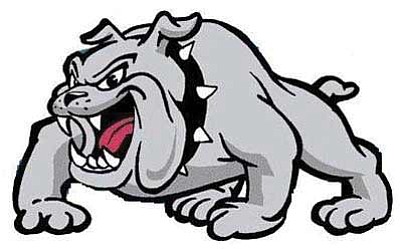 They went 3-0 in the Fountain Hills Invitational Tournament where they defeated Northwest Christian 9-3, Window Rock 10-0 and Coolidge 16-2. Their last game of the tournament was canceled because of a heavy rain storm. The next week they defeated Snowflake 4-3 in a thriller at Winslow and Tuba City at Tuba City 10-0 the next day. The Winslow Lady Bulldogs defeated the Holbrook Lady Roadrunners 13-3 in a softball game played in Winslow March 5. The win was Winslow's sixth without a defeat.

The Lady Bulldogs defeated Northwest Christian 9-3 behind the pitching of Taylor Baca who was touched for three unearned runs on four hits and two walks. Winslow scored twice in both the first and second innings and three times in the fourth for a 7-0 lead.

Two more runs in the top of the fifth completed Winslow's scoring. Northwest Christian got a pair of unearned runs in the bottom of the inning to complete the scoring.

Baca and Richelyn Villanueva were two for three to lead the Lady Bulldogs at the plate. Andrea Bollin and Sierra Wilcox were one for one. Alyssa Smith was one for two. Hailee Branson, Megan Lymer and Jaleisa Hayes were one for three.

In the 10-0 win over Window Rock Cheyenne Benally earned the win allowing no runs on just two hits and two walks while fanning five. Winslow scored a run in the first inning and three runs in both the second and third innings, two runs in the fourth and one run in the fifth. Lymer and Hayes were two for three. Villanueva was one for two. Liz Lozano and Smith were one for three.

Villanueva got the 16-2 win against Coolidge, giving up two runs, only one of which was earned, on four hits and a walk. Winslow scored a run in both the first and second innings and three runs in the third inning. They plated a run in the fourth inning and five each in the fifth and sixth innings.

Coolidge scored a run in the fourth and fifth innings. Lymer was a perfect five for five at the plate. Baca was three for five. Nikki Foy was two for three. Villanueva was two for four. Cheyenne Benally was one for one. Bollin, Lozano and Al Vigil-O'Haco were one for two. Branson was one for three. Sierra Wilcox was one for four.

In the 4-3 win over Snowflake, Baca got the tough win giving up three runs, none of which were earned, on six hits and no walks while fanning three. Winslow scored in the second and fourth innings for a 2-0 lead, but Snowflake scored three unearned runs in the fifth inning to take a 3-2 lead. The Lady Bulldogs won the game with a pair of runs in the bottom of the seventh to walk off with the victory. Baca was two for four at the plate. Bollin was one for three. Lymer and Hayes were one for four.

Villanueva got the 10-1 win against Tuba City. Winslow scored six runs in the second inning, three in the fifth inning and one run in the sixth inning. Baca was two for three. Hayes was two for four. Smith was one for three. Lymer, Villanueva and Hayes were one for four.

Baca got the win giving up three runs, only one earned, on four hits and two walks. She fanned five in the game, which was shortened to five innings with the 10-run mercy rule.

Holbrook scored twice in the top of the first inning for a 2-0 lead on singles by Alizia Foster, Demo Perkins and Tess Baldanado. Winslow cut the lead to 2-1 in the second inning on singles by Smith and Liz Lozano. Winslow went ahead 4-2 in the bottom of the third on a home run by Halle Hayes, a walk and singles by Jaleisa Hayes, Villanueva and Erica Jodie.

A nine run fourth inning put the Lady Bulldogs comfortably ahead 13-2. In that inning there were three Holbrook errors, a walk, a home run by Lymer, a triple by Hayes, a double by Smith and singles by Lozano and Branson. Holbrook scored once in the top of the fifth on a single by Brandi Cline and a Winslow error but it was not enough to escape the mercy rule.