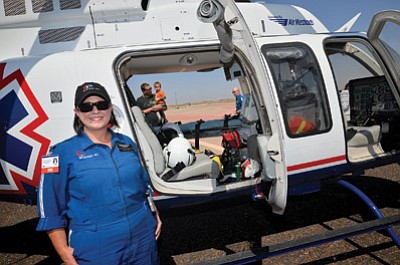 For many years the airpost was the only all weather airport between Albuquerque, New Mexico, and Los Angeles. The United States Army Air Forces Air Transport Command used the airport during World War II to refuel and repair planes.