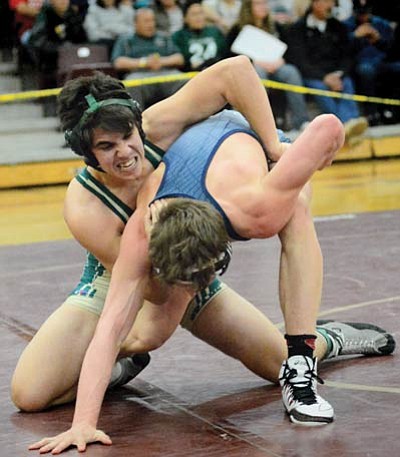 WINSLOW, Ariz. - A total of 38 schools from five states including three from New Mexico, one from Colorado, one from Utah and two from Nevada competed in the Winslow Doc Wright Invitational Wrestling Tournament Jan. 18.

The Holbrook Roadrunners were the best local area school finishing third with a total of 177.5 points. Arizona teams of almost every size were included in the competition. This was the 50th Doc Wright Tournament and Doc's son was in attendance.