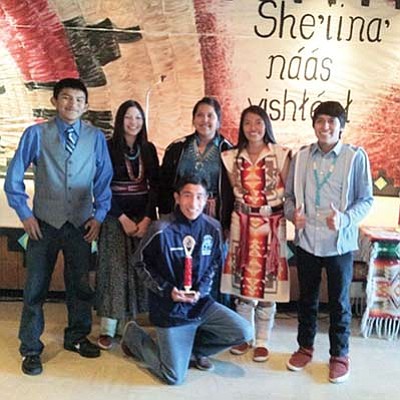 "Our goals are to preserve and teach the culture and heritage of the Navajo people here at Diné College," said Thomas Littleben Jr., chair of the Center for Diné Studies. "It brings much pride to see young Navajo students taking the initiative to speak, read, write and even sing in Navajo."

Winners received trophies and certificates for their achievements and participation.