Letter to the editor: Tuba City Christmas dinner a success thanks to community help, Toys for Tots and Tuba City Regional 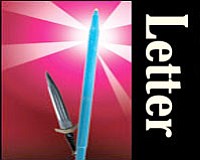 The family and extended families of Edward and Roberta Begay would like to extend their heartfelt holiday wishes, gratitude and appreciation for the contributions that were received for this year's community Christmas dinner.

The tradition of the annual Christmas dinner started in 1980 with Edward and Roberta and their children cooking, sharing and providing gifts for the children, elderly and the Tuba City community. It was their way of giving to others and providing blessings to others who might not have much during the Christmas season. Their annual tradition ran for 24 years. In June 2013, Grandma Roberta approached her grandchildren and asked them to grant her wish to restart the annual dinner. With the guidance of their grandparents, aunts and uncles, the younger generation of the Begay family was tasked with the preparations for the first dinner in nine years.

The dinner started at noon on Christmas Day with a food plate with all the trimmings and feeding over 400 people from Tuba City and other surrounding communities. Families arrived with excited children to see Santa, who was played by Mark Sprague, Mildred Garcia's husband. This was the highlight of the Christmas dinner. Mr. Sprague did an awesome job with the children. Parents took pictures of their kids with Santa Claus. The elderly gathered and reminisced about younger years and they were grateful to be around others attending the annual event. No one was turned away and all the children received specially wrapped Christmas gifts given by generous people, donations from sponsors and raffle ticket revenues. They also had a special table set up with clothes and warm jackets for anyone who needed one. Along with the festivities, door prizes included four bikes, two scooters, 10 popcorn tins, throw blankets and four kids body pillows. The grandchildren also donated raffle items to help with the cost of the dinner and to purchase gifts.

Without the help of many bighearted people the dinner would not have been possible. Thank you.

Special thanks goes out to Northern Arizona Toys for Tots and James Bighorse who solicited and delivered hundreds of toys for all the kids. We would also like to thank the Tuba City Regional Health Care Corporation for allowing us to set up donation boxes at the Tuba City Hospital and the staff for their generous donations. This even could not have been possible without the help of all the volunteers preparing food, serving, handing out gifts and the clean up crew.

We would like to continue with this tradition for many years to come. With the help of many donations, volunteer hours, friends and family and community members, the dinner was a huge success. Thanks again, stay warm and be safe!