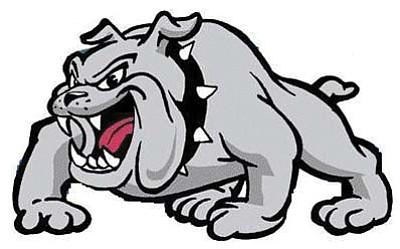 The Gallup Tournament is traditionally one of the most competitive events on Winslow's schedule and helps prepare them for a run at a state championship. Some of the best teams in New Mexico compete in the tournament and after playing in the upcoming Winslow Winter Classic, the Lady Bulldogs should be used to top quality competition.

Dec. 4 the Kirkland Central Lady Broncos led 14-12 after the first quarter only to see the Lady Bulldogs shut them down completely in the second period and take a 26-16 halftime lead.

Winslow still led 30-26 after three quarters and pulled away in the final period. Jayce Sangster and Ashley Johnson each scored 13 and Shandiin Armao tallied 12 for the Lady Bulldogs. Kirkland Central did not have a player in double figures but Shamika Benally led the team with nine points.

The Lady Bulldogs won a shootout Dec. 5 against the St. Pius Lady Spartans 64-60. The game was tied at both the intermission and the beginning of the final period. St. Pius had led 12-9 at the end of the first quarter but the teams were tied 25-25 at the half and 41-41 after three quarters of play.

In the championship game Dec. 6 Gallup dominated early on their way to a convincing victory. The Lady Bengals led 29-17 after the first quarter and 51-38 at the intermission.

Winslow made a good third quarter run and only trailed 61-58 going into the final period of play. The Lady Bengals pulled away outscoring the Lady Bulldogs 26-8 in the final period.

Kristen Quigley led all scorers with 25 points for Gallup. Tilea Rayna with 18 points and Cheyenne Livingston with 12 points were also in double figures for the Lady Bengals. Armao led Winslow with 22 points. Johnson scored 13 points and Bitsoi scored 12 points.

The Lady Bulldogs were slated to host the Holbrook Lady Roadrunners on Tuesday and will host the Chinle Lady Wildcats Dec. 16. They will play host to the Winslow Winter Classic Tournament Dec. 19 and 20.