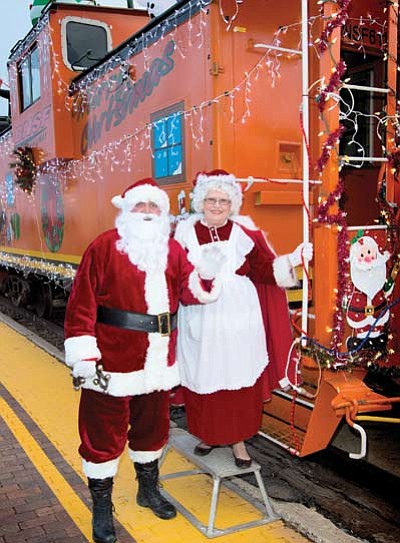 Santa and Mrs. Claus arrive in Winslow at 5:30 p.m. Dec. 7 on the Burlington Northern-Santa Fe railway. Santa and Mrs. Claus sat down at the Winslow Gazebo where they listened to children's Christmas present wishes. After each child talked with Santa, they received a small stuffed bear. Free hot chocolate was served to help everyone keep warm. The city of Winslow Recreation Department and the BNSF Railroad sponsor the annual event. Above: twins James and Brandon were first in line to talk to Mr. and Mrs. Claus.