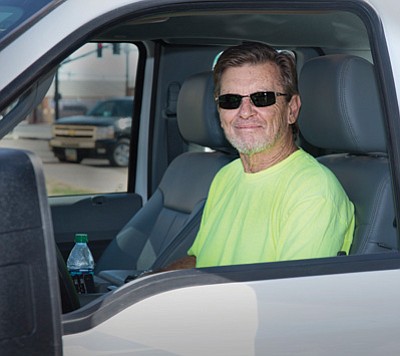 WINSLOW, Ariz. - Scott Lancaster is retiring from the city of Winslow and moving to New Mexico. The Navajo-Hopi Observer talked to him about his time with the city.

How long have you worked for the city of Winslow?

Twenty years. I started as the parks superintendent, and then I went to facilities, parks manager, cemetery supervisor and finally to public works and facilities director. I've slowly acquired more and more responsibility over time. I've lived in Winslow 20 years and I came here when I got the job. Before here I lived in Leadville Colorado. I only expected to be here two or three years.

You are married but do you have children?

Yes we have three children and have grandchildren, living in New Mexico, Washington state and California.

What is the thing you like least about being the public works director?

(Laughing) You know it's hard to answer that question completely because I call it "work" and it's a category of activity which is not supposed to be vacation or retirement, problems are a normal part of the day. I fought battles, won some and lost some, would have liked to do more, but there are always budget constraints. I gave my work 100 percent and I leave here with a sense of accomplishment.

What is the best thing about your job?

Where are you going when you retire?

At this point it looks like northern New Mexico. I have many friends here in Winslow, I will miss them. And my church associates will be missed too.