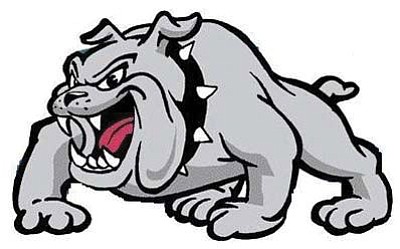 WINSLOW, Ariz. - The Winslow Bulldogs football team will open their 2014 season at Holbrook Aug. 29 at 7 p.m.

B. J. Little coaches the Bulldogs and defeated the Roadrunners 42-7 last season at Emil Nasser Stadium.

The teams are archrivals and will play hard and competitively.

Sept. 5 the Bulldogs will again be on the road to meet the formidable and perennial state championship contending Blue Ridge Yellowjackets at Pinetop. Blue Ridge edged the Bulldogs 21-6 at Winslow last season in a very close game.

The Yellowjackets were Arizona Division III State Champions last season and are expected to be a threat to repeat this season.

The Round Valley Elks will be Winslow's opponents in their first home game at Emil Nasser Stadium on Sept. 12. All games are slated for 7 p.m. kickoffs. The Bulldogs eked out a 21-19 victory over the Elks in Eagar last season.

The Snowflake Lobos will come to Winslow Sept. 19 for another important game. The Lobos handed the Bulldogs their worst loss of the season last year 46-14 at Snowflake. These teams are bitter rivals and the Bulldogs will be eager for revenge.

The Estrella Foothills Wolves will make a rare appearance in Winslow Sept. 26. The Wolves defeated the Bulldogs 42-27 on their home turf last season when Winslow was without several of their key players. The Bulldogs began turning their season around after the loss and hope to extract revenge when the Wolves come to Winslow.

On Oct. 10 the Bulldogs will entertain the Monument Valley Mustangs. Last season Winslow enjoyed a 53-14 rout of the Mustangs.

The Bulldogs will be on the road for a game with the Ganado Hornets at Ganado Oct 17. The Bulldogs put together an easy 52-0 win over the Hornets at Winslow last season.

The final road game of the regular season will be on Friday, Oct. 24 at Chinle. The Bulldogs managed an easy 50-0 win over the Wildcats at Winslow last season as they continued their march to the state playoffs.

The final game of the regular season will take place at Emil Nasser Stadium Oct. 31 against the Page Sand Devils. The Bulldogs had a surprisingly easy 45-0 win over the Sand Devils at Page last season.

Winslow got into the state championship playoffs and defeated Sahuarita 38-14 at Winslow in their first game. The Seton Catholic Sentinels ousted the Bulldogs in a close 27-20 game which ended an excellent season.