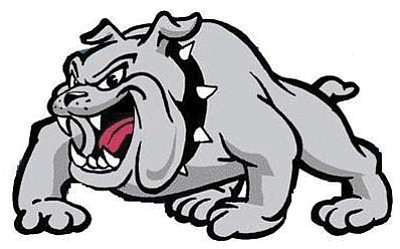 The results left the Bulldogs with a 14-8 record going into the team's April 15 game with the Holbrook Roadrunners in Holbrook.

The Bulldogs got off to a good start scoring four times in the first inning on a double by Corum, a single by Adrian Montoya, two walks and a Blue Ridge error. They increased the lead to a seemingly commanding 8-0 lead in the top of the second inning on a single by Vincenzio Sells, a walk, a hit batter and a home run by Corum.

The margin was cut to 8-5 in the bottom of the fifth inning on a hit batter and a single. The bottom of the sixth inning was disastrous for the Bulldogs because Blue Ridge plated five runs to take a 10-8 lead that was to be the final score. The Yellowjackets scored on three walks, a double, single and a home run.

In the 13-3 win over the Globe Tigers, Matthew Ramos went the full five innings for the victory giving up three runs on five hits.

Globe led 2-0 in the first inning scoring on a double and a home run. Winslow tied the game 2-2 in the bottom of the second inning on a hit batter, a double by Montoya and a single by Bollin.

The Bulldogs scored seven times in the third inning on doubles by Henry Montiel and C. J. Chacon, a triple by Matthew Ramos, a single by Rey Chavez-Velez, three walks and an error.  Montoya homered in the fourth inning to increase the lead to 10-3 after Globe scored in the top of that frame on a double and a single.

The Bulldogs scored their last runs in the bottom of the fifth inning on a walk, a single by Ramos and a home run by Corum which ended the game on the 10-run lead mercy rule.