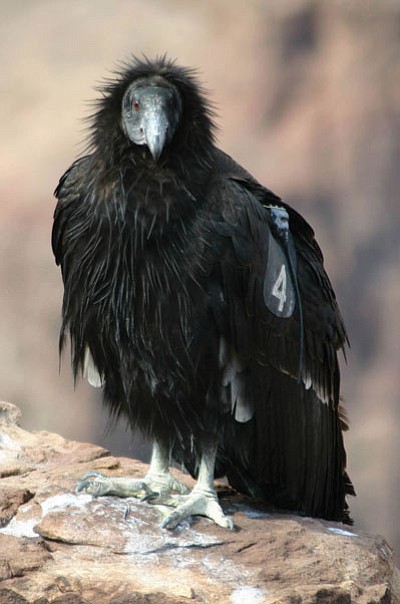 PHOENIX - With California on the verge of becoming the first state to ban lead ammunition to protect California condors, advocates say a similar ban in Arizona would be unlikely.

A bill approved by the Legislature and on the desk of Gov. Jerry Brown would require hunters to use non-lead ammunition statewide. It would expand on a law already covering the condors' range in southern and central parts of the state.

The lead fragments that remain in carcasses and gut piles hunters leave behind often poison California condors, who are scavengers. Lead poisoning is the leading cause of death of condors in Arizona, and many birds have been treated for toxic levels of lead.

Sandy Bahr, director of the Sierra Club's Grand Canyon Chapter, said she doubts that Arizona would follow suit if California bans lead ammunition. The Legislature hasn't supported wildlife conservation, she said, and the Arizona Game and Fish Department contends that a program enlisting hunters to help condors is working.

"It's pretty ridiculous that it's so difficult to get some restrictions in place," Bahr said. "Without it, it's unlikely that condors will be recovered."

The condors were reintroduced in California as an endangered population in 1992 and in Arizona as a designated nonessential experiment in 1996. At last count, there were 67 California condors in Arizona and Utah.

In 2005, Game and Fish introduced a voluntary program that gives out free copper rounds and educates hunters who use lead ammunition in the condors' range to clean up gut piles. Between 85 and 90 percent of hunters have taken part, said Lynda Lambert, a department spokeswoman.

"Every state has to take their own approach that works for them," she said. "Arizona is proving that mandated measures aren't always effective. A ban for them isn't going to mean anything here."

Jeff Miller, conservation advocate at the Tucson-based Center for Biological Diversity, said the metric that's really important is continued lead poisoning, which he said is more severe among Arizona's condors than in California.

"They know there's a problem and they claim to have a solution, but there is a disconnect there between the solution and what we're still seeing," Miller said.

Lambert said one reason for continued lead poisoning might be the fact that condors also range into Utah, which started its voluntary non-lead ammunition program five years after Arizona's.

Donald Smith, a professor of environmental toxicology at the University of California, Santa Cruz, said it isn't just condors at risk. Because people and other wildlife can wind up ingesting lead from bullets, he said he has a hard time comprehending why there's no ban on lead ammunition.

"Lead affects biological systems in the same way," Smith said. "Condors are a poster child of other wildlife."

The U.S. Fish and Wildlife Service banned lead shot for hunting waterfowl in 1991 because the pellets poisoned birds that feed in streams and

Bob Johns, a spokesman for the American Bird Conservancy, said he'd like to see a federal ban on lead bullets but considers it unlikely because it would face strong opposition from hunters and supporters of gun rights. Given that climate, he said, a ban in California would be significant.

"Obviously California is a huge state, and what they do certainly will have implications nationwide," Johns said.

Chris Parish, supervisor of the condor project for the Peregrine Fund in Flagstaff, said not only hunters, but shooters of all types need to understand that any time lead ammunition is used to dispatch animals, wild or domestic, the possibility of spreading lead is there.

Parish said he sees a "perfect experiment" between a regulatory route in California and the voluntary one in Arizona.

"I tell fellow hunters that the race is on," Parish said. "We have a chance to do this and show that laws aren't necessary. Let's show that."