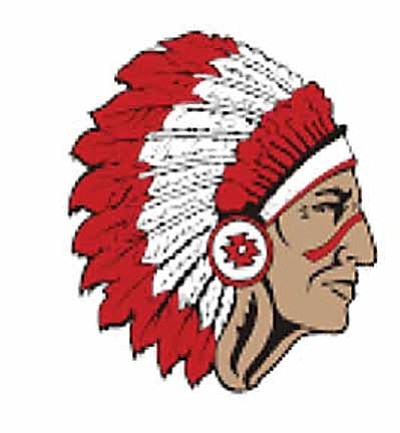 The owner of the Washington Redskins NFL football team said his team’s name honors the team’s past. Photo/NHO

President Obama joined other prominent journalists, sportscasters and opinion writers recently calling for the owner of the National Football League's Washington Redskins to stop using a name that some Native Americans consider a racial epithet.

"If I were the owner of the team and I knew that there was a name of my team, even if it had a storied history, that was offending a sizeable group of people, I'd think about changing it," Obama said in an interview published by the Associated Press on Oct. 5. "I think all these mascots and team names related to Native Americans - Native Americans feel pretty strongly about it and I don't know whether our attachment to a particular name should override the real, legitimate concerns that people have about these things."

Daniel Snyder, owner of the Washington Redskins, in a letter to season ticket holders on Oct. 9, said that the name was never meant as a label but was meant to honor the team's past.

"As some of you may know, our team began 81 years ago, in 1932, with the name 'Boston Braves.' The following year, the franchise name was changed to the 'Boston Redskins,'" Snyder's letter said. "On that inaugural Redskins team, four players and our Head Coach were Native Americans. The name was never a label. It was, and continues to be, a badge of honor."

However, some scholars have questioned the head coach's Native American ancestry. And some question whether the name is really a badge of honor and as benign as Snyder wants it to be.

"There is one thing that we can agree with the Washington football team about - the name 'Redskins' is a reflection of the team's legacy and history," said Jacqueline Pata, executive director for the National Congress of American Indians (NCAI) in a statement accompanying a report titled "Ending the Legacy Of Racism in Sports & the Era of Harmful "Indian" Sports Mascots." "Unfortunately, the team's legacy and history is an ugly one, rooted in racism and discrimination, including the origins of the team's name. It is becoming more and more obvious that the team's legacy on racial equality is to remain on the wrong side of history for as long as possible."

The report reviews the documented legacy of racism in the Washington football team's history. The report also reviews in-depth studies that show the harm negative stereotypes and "Indian" sports mascots have on native youth.

"We are working every day to ensure they [native youth] are able to grow up and thrive in healthy, supportive communities," Pata said. "Removing these harmful mascots is just one part of our effort to encourage our children to achieve their greatest potential."

Some Smithsonian scholars think the origin of the name "redskin" reflects early settlers referencing the skin tone of Native Americans. While at first it was used to reflect a term all understood, in later years linguists have said it was used more as a pejorative term that encompassed the meaning of "dirty" or "lying." Most people do not use the word today because of its derogatory nature.

Other critics of the name have said that it is only necessary to reflect on how the term "redskin" would be interpreted for other races to make the reason for change apparent.

"Ask yourself what the equivalent would be if directed towards African Americans, Hispanics, Asians or any other ethnic group?" Bob Costas, a sportscaster for National Broadcasting Corporation (NBC), said during halftime of Sunday Night Football between Washington and Dallas on Oct. 13. "When considered that way, 'Redskins' can't possibly honor a heritage or noble character trait, nor can it possibly be considered a neutral term. It's an insult, a slur, no matter how benign the present day intent."

Still, Snyder disagrees and said the name is more than just what his football team has been called for more than eight decades.

"It is a symbol of everything we stand for: strength, courage, pride and respect, the same values we know guide Native Americans and which are embedded throughout their rich history as the original Americans," Snyder said in his letter.

Yet NCAI's report said it is common for professional sports teams to try to establish a story of honoring Native peoples through the names or mascots, however, each one, whether through the logo or through tradition, diminishes the place, status and humanity of contemporary Native citizens.

"What is true about many of the brand origin stories is that team owners during the birth of these brands hoped to gain financially from mocking Native identity," the report said. "As a result, these businesses perpetuated racial and political inequity. Those who have kept their logos and brands, continue to do so."

Snyder cites a 2004 poll conducted by the Annenberg Public Policy Center, which said that 90 percent of Native Americans did not find that the football team using the name "Washington Redskins" offensive when defending his team's name.

However, a poll commissioned by the Oneida Indian Nation of New York in Oct. 2013, found that while sports fans want to keep the name, 59 percent say that Native Americans have a right to feel offended by the term "redskins." Forty-four percent said when they learn the term is defined as offensive in the dictionary they are more likely to support a name change. Sixty-six percent said if Snyder meets with Native American leaders, he should not refer to them as "redskins" because the term is inappropriate.

Pata said the challenge is to change names that do more harm than good for the community they are derived from and aimed at and the focus should be on moving toward a more positive future.

"We're focused on their [native youths] future; these mascots keep society focused on the negative stereotypes of the past," she said.