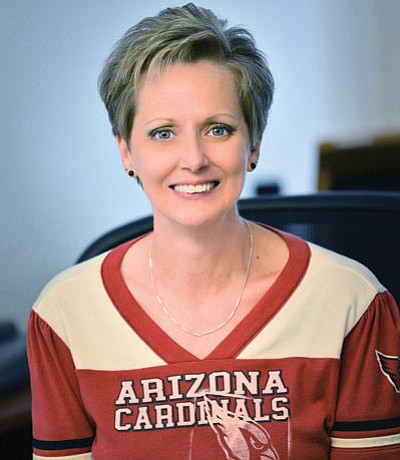 WINSLOW, Ariz. - The Navajo-Hopi Observer recently sat down with Suzy Wetzel, Winslow city clerk, to talk about her job at Winslow City Hall.

How long have you been the city clerk for the City of Winslow?

How much longer do you expect to work as city clerk?

At least six and maybe seven more years. Mainly because I need to acquire enough points for retirement and a younger age counts against points acumulation. I have my certification as a professional municipal clerk and am working on obtaining my masters municipal clerk certification, which I'll complete in another year. It's a slow process since some courses are only offered once a year. I'm also certified to be an election official in Arizona. Two of the three certifications are city clerk job requirements.

What are your major responsibilities as city clerk?

What is you favorite thing about being the city clerk?

I derive as sense of pride and accomplishment from doing the job well. Many towns our size have a deputy city clerk position as well as a city clerk, so I enjoy being an efficient one-person department.

Do you ever have to stand in as city manager?

Right now with Dale Patton as interim city manager, if he is gone, then he designates me for the city manager duties.

What is the hardest part of being a city clerk?

The day after a city council meeting is probably the only "hard part." That's when I begin preparing for the next council agenda and at the same time finishing minutes and follow up from the night before. It's difficult to perform those two tasks on the same day.

How long have you lived in Winslow?

I have lived here all my life. I was born in Winslow. I have no plans to leave this town.