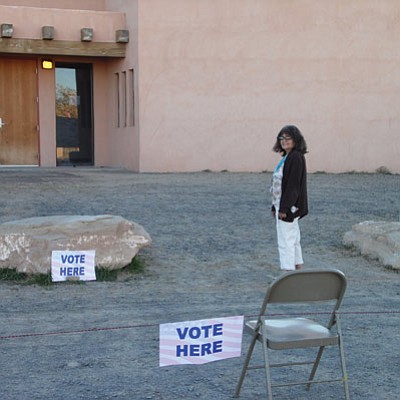 Final results from the Hopi Elections Office show Honanie with 387 votes and Honyaoma coming in second with 276 votes.

Honanie and Honyaoma will face off Nov. 20 in the Hopi Tribe's general election. The winner will be the chairman of the Hopi Tribe for the next four years.

Alfred Lomahquahu received the most votes in the Hopi Tribe's vice chairman race with 630 votes. Lomahquahu is an ex-Marine, a master award winning wood carver and currently serves as the governor of the village of Bacavi. Lomahquahu also serves as the commander of the American Legion Lori Piestewa-Hopi Post No. 80.

Ronald Honyumptewa came in second in the Vice chairman's primary with 320 votes.

Voter turn-out for the Hopi primary election for tribal chairman and vice Chairman was low. A little more than 1,400 registered Hopis and Tewas chose to vote. The Hopi Tribe numbers around 15,000 members both on and off the reservation.