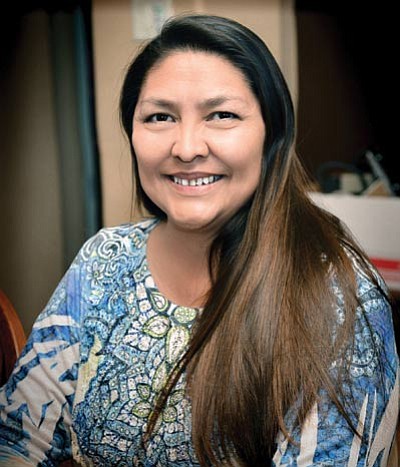 WINSLOW, Ariz. -Darlene NCCauley is a former music teacher in the Winslow School district and taught for 10 years. Beginning next fall, she will be the principal of Winslow Jr. High. The Observer asked her a few questions about her life and career in Winslow.

You are going to be the new principal of Winslow Jr. High. How did that come about?

I spent about 10 years in the district teaching music and I completed my Educational Leadership degree the year before last. This qualifies me for a position as a principal. Last year I applied for the Jr. High Principal's position and was given the Assistant Principal's position for the 2013-2014 school year. I have taught music and band at the three elementary schools and I have taught orchestra as well. Recently I found out that I was selected for the position of principal. Of course I accepted and am very excited about it. I attended this same Winslow Jr. High as a student.

How long have you lived in Winslow?

I've lived here all my life, other than going away for college. I was born in Winslow and went to elementary and high school here. Also I worked in Winslow at the Winslow Community Counseling Center as a case manager. My next step was moving over to Child Protective Services where I worked for six years and became the lead investigator.

You have taught in other places as well?

I began in 1986 teaching in Dilkon Schools. Out there I was a substitute teacher and helped them develop their art curriculum. I have an undergraduate degree in arts management and did internships at the Denver Art Museum and Denver Center Theatre Company. Besides teaching music, I was a flautist with the Flagstaff Symphony.

You had a sister who was involved in music too?

Yes, she was a music teacher at Dilkon Schools for 29 years. She is now the Federal Programs Director at the Winslow School District.

Are you forcing your children to be musicians?

I am not forcing them but we do have our music room where the instruments are always out and available. My mom and grandfathers played with the famous Santa Fe Indian Band while my dad was a drum major. I do give private lessons too.

What do you think will be the hardest part of being the principal at the Jr. High?

I know I will have many more tasks and take on greater responsibility, but I think the hardest part will be shifting from dealing mostly with people to dealing with reports and administrative duties.

What do you look forward to the most in your new position?

I think that there are so many opportunities coming up with Common Core that will enable us to make positive changes. New technologies and project based learning can better help meet students' needs and learning styles. I guess what makes me very excited is the opportunity to be part of making Winslow Jr. High students more successful as individuals and increase their critical thinking skills.