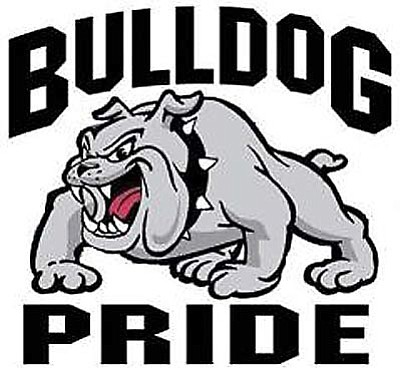 The Winslow Lady Bulldogs defeated the Payson Lady Longhorns 14-4 in the semifinals at Rose Mofford Complex in Phoenix in the Arizona State Division III Softball Championship Tournament May 10.

The win improved Winslow's record to 26-3 for the season and avenged one of their three regular season losses, a 4-1 edging by Payson at the Payson Tournament. Payson's season ended with a 29-5 record.

Winslow took advantage of 12 hits, three Payson errors, five walks and a hit batter to score 14 runs, nine of them in the last two innings, to earn the win. The umpires called the game after five innings on the 10-run "mercy" rule.

The Lady Bulldogs opened the game with a pair of runs in the top of the first inning on a triple by Halle Hayes and a walk from Jaleisa Hayes. Halle Hayes scored on a failed pickoff attempt and Jaleisa Hayes scored as Payson tagged Renee Bollin as she attempted to steal second. Taylor Baca and Jaime Bollin singled but were left on base.

Payson tied the score at 2-2 in the bottom of the first when two runners scored on a strike out when the third strike hit the ground and a pair of runners scored. Arissa Paulson had the only hit in the inning, which also included two walks.

Winslow regained the lead in the top of the second inning on a bases loaded, two out double from Baca which knocked in Halle Hayes who had reached base on an error, Jaleisa Hayes singled and Renee Bollin walked. The runs gave the Lady Bulldogs a 5-2 lead.

Payson cut the lead to 5-4 in the bottom of the third when Ari Paulson, Payton Peterson and Cori Barnett all singled.

The Lady Bulldogs increased the lead in the top of the fourth on singles by Halle Hayes, Baca, Megan Lymer and Alyssa Smith. Renee Bollin reached base on an error. The Lady Bulldogs batted around and scored four runs for a 9-4 lead.

Winslow continued to increase their lead in the top of the fifth scoring five runs for a 14-4 lead. Richelyn Villanueva and Halley Hayes singled, Jaleisa Hayes walked. Baca drove in a run when she was hit with a pitch with the bases loaded. Bollin walked to bring in another run and change the Payson pitcher.

Lymer walked to force in another run. Smith singled, knocking in two runs. With a 10-run lead, the mercy rule came into effect if the Lady Bulldogs could shut out Payson in the bottom of the fifth. Halle Hayes got the shutout inning and the game ended with Winslow winning 14-4.

Ari Paulson led Payson with a three for three night including a double.

Barnett was two for three. Peterson and Arissa Paulson were one for three for the Lady Longhorns.

The Estrella Foothills Lady Wolves edged Empire Lady Ravens in an earlier game to earn a berth in the state championship game May 11.