In debate over Redskins name, is the 'R-word' for racism or respect? 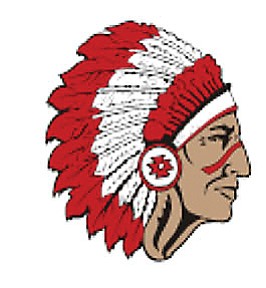 WASHINGTON - Amanda Blackhorse is outraged when she thinks of the Washington Redskins, a team whose name and mascot are deeply offensive to the Navajo woman.

But she is also saddened at the thought that in the Navajo Nation, Red Mesa High School uses the name for its sports teams as well.

"I just don't agree with it," Blackhorse said. "It really limits the way people see us."

Where Blackhorse sees a slur and grounds for a legal fight that some have called the last "civil rights battle," Red Mesa High School Principal Don Lawrence sees another side to the debate. Lawrence said the name Redskins is not really a problem "in the heart of the Navajo Nation."

At Red Mesa, which promotes technology and English as well as the Navajo tongue and traditional ways of life, the mascot represents heritage and independence to students and is not tainted by attitudes outside the community, he said.

"They came from a strong nation with its language and culture still intact," Lawrence said. "Those are the things that make us strong."

Red Mesa was one of two Arizona high schools - the other was St. Johns - among the 70 high school "Redskins" around the country that were cited by the Washington team in March in defense of its name.

That name is coming under renewed attack by Blackhorse, a Kayenta resident, and others who recently petitioned the U.S. Patent and Trade Office to revoke the Washington team's trademark on the name. Critics say the name violates a patent office rule that bars trademarks on "disparaging" language.

It is the latest front in a decades-long fight against the name that some say is so offensive they refuse to even speak it.

Suzan Harjo has been fighting the Washington team for two decades over its use of the "R-word," which she calls the worst slur toward American Indians.

Harjo, a member of the Cheyenne tribe in Oklahoma, remembers regularly being called names because of her skin color while growing up in the 1950s.

"We were called a lot of names, including the name of the Washington football team, and that's the worst thing you could be called," Harjo said.

"Out of nowhere, interrupting your daydreams, would come this word being thrown at you. I just grew up hating it," she said.

Harjo said the Red Mesa School District's acceptance of the term is "the exception, not the rule." Although there is a difference between calling yourself a name and being called a name from the outside, American Indian use of the word does not "sterilize" it, she said.

But Navajo defenders of the name say context is everything.

Erny Zah, spokesman for Navajo Nation President Ben Shelly, said that not everyone has had a negative experience with the word, and if a Navajo person wants to use the word or root for the NFL team, they should.

"We've always been proud of a lot of individuality," Zah said. "If they (Navajo) want to assert themselves as Redskins and the community is fine with that, they are going to continue."

He agreed that use of the word outside American Indian communities should be avoided because it could perpetuate "the legacy of negativity that the term has created."

"A lot of people do have a relationship with that word. For them, it's not a positive relationship," Zah said.

Lawrence said tension over the word on the East Coast - where students at a New York school voted in February to drop the name - does not translate to the Southwest, where tribes enjoy a high level of "isolation and freedom."

He said students at Red Mesa chose the team name as a reflection of their pride.

At St. Johns High School, Principal Roger Heap said he cannot remember ever hearing a complaint about the team's name or mascot shown in full feathered headdress. Although the Apache County community is predominantly white, the school has some American Indian students and athletes the school is very proud of, Heap said.

"The main thing I know about how our students feel is that I don't recall any of them ever complaining about it or asking for a change," he said.

Neither Harjo nor Blackhorse puts much stock in such arguments. Harjo said it sometimes takes generations for a community to wake up and change what it is doing.

"It's just a matter of time. In every effort there is a tipping point," Harjo said. "You never know what affects people and what makes the change."

She and Blackhorse agree that the national conversation over the Washington team could have a domino effect, encouraging smaller communities to alter their behavior.

In addition to the trademark challenge, a bill in Congress would alter trademark law to specifically define "Redskins" as disparaging. Another group has suggested that the Federal Communications Commission could have grounds to refuse renewing the licenses of broadcasters that use the team's "obscene" name.

Blackhorse said she hopes to make teams everywhere give up the name. For now, however, she has her sights set on the Washington Redskins.

"We can work on Red Mesa and trying to eliminate that, but that's not going to get rid of the federal trademark," Blackhorse said. "The school is important as well, but things need to happen one at a time."