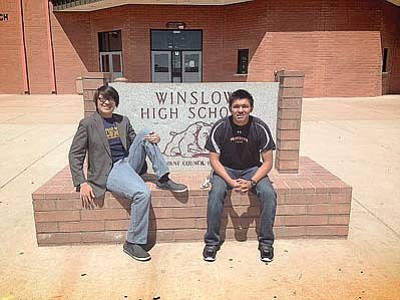 The Gates Millennium Scholars (GMS) Program awarded two Winslow High School 2013 graduates with good-through-graduation scholarships to use at any college or university of their choice. Mardo Lewis and Justin Butterfield joined the ranks of just 1,000 students who received the scholarships. Competition for the scholarships was tough this year with 57,000 applicants up from 24,000 last year. Only 250 Native Americans across the United States received the award. Lewis plans to attend the University of Arizona and study environmental engineering with a minor in music. Butterfield plans on attending San Diego State University to study computer science with a minor in Native American studies.