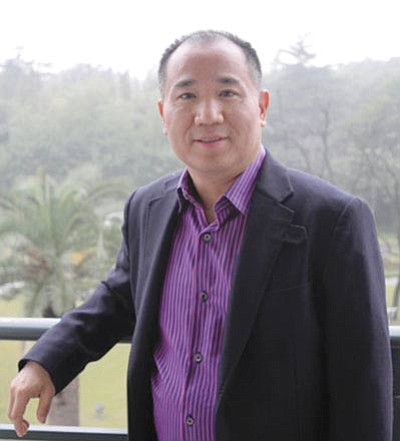 KINGMAN, Ariz. - David Jin, the designer of the Skywalk at Grand Canyon West, has died. He was 51.

His company, Grand Canyon Skywalk Development, released a statement saying he died Thursday in Los Angeles after a four-year battle with cancer. He is survived by his wife, son and stepdaughter.

Jin was the owner of several tourism businesses in Las Vegas that brought visitors from around the world, including his homeland of China, to the American West.

According to Jin's attorney, Mark Tratos, Jin's wife and business partner will take over all of his tourism companies and the current legal battle he has with the Hualapai Tribal Council over the Skywalk.

"David loved America and particularly the Southwestern region," said Anita Wong, manager of Far East marketing for Jin's company, Oriental Tours. "He was a compassionate man who was enamored with the Grand Canyon and Las Vegas."

"David believed in the Hualapai people and treated us as partners," said Ted Quasula, the manager of Grand Canyon Skywalk Development. "He was saddened by the ongoing battle with recent tribal councils over the Skywalk management contract and unfortunately did not live to see its resolution."

"On behalf of the Hualapai people, I wish to extend our sincere condolences and deepest sympathies to Mr. Jin's family. Our thoughts are with (his wife and children) at this very difficult time," said Hualapai Tribal Chairwoman Sherry Counts.

Jin approached the tribe with the idea of the Skywalk in 1996 and the tribal council agreed to the project.

The unique project immediately created controversy. Some tribal members objected to using land considered sacred to the tribe for commercial use.

A local businessman, Nigel Turner, also objected to the damage the proposed increase in traffic on Diamond Bar Road, which leads to the Skywalk, would do to the environment and to his tourism business at Grand Canyon Ranch. The issues with Turner were settled in 2007, a few months before the $30 million Skywalk opened to the public, but have recently resurfaced with the construction of a new Diamond Bar Road.

Once it was open to the public, the unique glass structure immediately grabbed the world's attention. It has attracted more than 2.3 million visitors from all over the world since it opened, according to Grand Canyon Skywalk Development.

In 2011, Jin filed a lawsuit in federal court against the Hualapai Tribal Council and Sa' Nyu Wa, the tribal corporation that ran Grand Canyon West until 2012, in order to prevent the tribal council from taking over the Skywalk contract by eminent domain. The federal judge ordered Jin to exhaust all of his remedies in the Hualapai Tribal Court first.

Jin was able to get the American Arbitration Association to hear the dispute and an arbiter eventually awarded him $28.6 million in unpaid fees and damages in August 2012. But Sa' Nyu Wa objected, saying Jin did not follow the contract and get approval from a federal court before calling for arbitration. A final decision on the matter is still pending in the court.