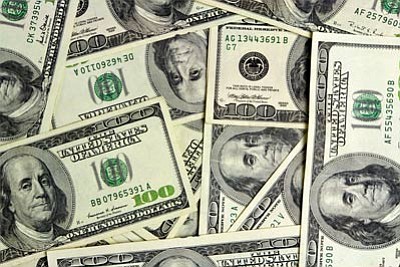 WINDOW ROCK, Ariz. - The Navajo Housing Authority (NHA) did not spend millions of Indian Housing Block Grant money for housing projects in 2012 and worries remain about the housing authority's ability to spend adequate money in 2013.

U.S. Department of Housing and Urban Development (HUD) Administrator Randall Akers said in a letter of warning to NHA Chief Executive Officer Aneva Yazzie that in 2012 the Navajo Nation left $150 million unspent despite a budgeted expenditure of nearly $215 million. The housing authority spent just $66 million in 2012.

Akers outlined in his letter that the failure to spend money dated back to 2000 and each year the balance has grown. As of April 30, there was an unspent balance of about $434 million dollars.

Akers warned in his letter that this was an unacceptable balance and that he required the housing authority to outline how it would comply with government regulations to spend the money on approved projects that have been in the pipeline for years. He also warned that failure to comply might result in reductions in grant money, replacement of the housing authority or civil penalties.

The Navajo Nation and the housing authority did not return calls for comment. The only comment HUD would make is that "HUD is currently reviewing NHA's response to the letter of warning."

In related news, HUD officials announced June 12 that they have granted $563 million in support of affordable housing in hundreds of Native American and Alaskan communities.

The Navajo Housing Authority will receive about $82 million.

"Hardworking American families in tribal communities should be able to live in communities where they have a fair shot to reach their potential," HUD Secretary Shaun Donovan said. "The resources provided today will give these tribal communities the tools to maintain quality housing, prevent overcrowding, improve public safety and provide other basic building blocks of security and success."

The block grant money primarily benefits hardworking families, living on reservations or in other Native American communities, who don't have the financial resources to maintain good homes, schools, or other key contributors to economic security. The amount of each grant is based on a formula that considers local needs and housing units under management by the tribe or a designated authority.

Indian communities can use the money to build affordable housing, provide assistance to existing housing that was developed under the Indian Housing Program authorized by the U.S. Housing Act of 1937, or for other activities that create new approaches to provide affordable housing for Native Americans. Governments can also use the money to offer housing services to eligible families and individuals and establish crime prevention and safety measures. The Native American Housing Assistance and Self Determination Act of 1996 established the block grant approach to housing.