Father to appeal court decision on adoption of his daughter 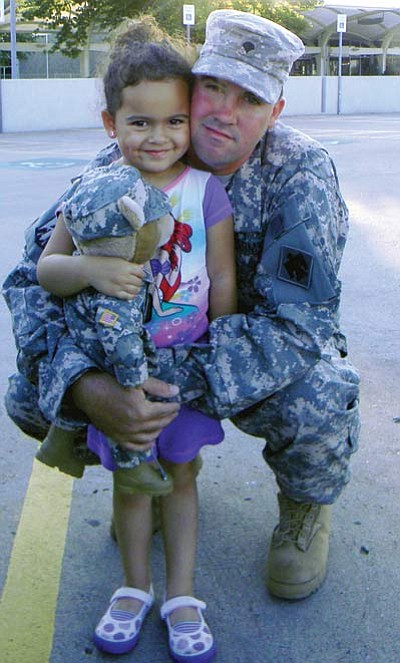 WASHINGTON - On July 26, a Cherokee father asked the U.S. Supreme Court to put a hold on a South Carolina Supreme Court decision ordering him to turn over his biological daughter to a couple seeking to adopt her.

At the center of the case is a little girl named Veronica. Her father, Dusten Brown, is Cherokee and according to the Cherokee nation, so is his daughter. But Brown was estranged from the mother and never had custody of Veronica before the court placed her with Brown.

When the mother put Veronica up for adoption, Brown contested the adoption on the grounds that he was not properly notified in accordance with the Indian Child Welfare Act (ICWA) and he won his case in trial court and on appeal with the state supreme court. The courts in South Carolina said that Brown's paternity was established and Veronica was taken from the presumptive adoptive parents, Matt and Melanie Capobianco, and placed in Brown's care.

Brown said in his filing that he planned to appeal the South Carolina Supreme Court ruling based on the U.S. Supreme Court's own ruling from June 25.

In that ruling, Supreme Court Justices Stephen Breer and Sonia Sotomayor, in dissenting opinions, both said the state court would have the opportunity to consider possible adoptions of Veronica by others in the father's family and an opportunity to consider, "on the basis of current conditions, what would be in the best interests of 'baby Veronica'" when the case was sent back to the family court in South Carolina.

The family court in South Carolina is expected to finalize the adoption today and decide how the transfer of Veronica from her father to the adoptive couple will take place.

National native organizations are planning to file a civil rights suit on behalf of Veronica.

But in its recent decision, the U.S. Supreme Court said that the heightened standard for proof of termination of parental rights does not apply when a parent has never had prior legal or physical custody. They also found that active efforts to comply with ICWA to not break up an Indian family do not apply when a parent abandons a child before birth and again has never had legal or physical custody of a child.

On July 17, the South Carolina Sumpre Court, in a 3-2 decision, instructed the family court to formalize the adoption of the girl, at which time they instructed that the father would have to hand over the girl to the couple and his parental rights will be terminated. The hearing before the family court that many thought the Supreme Court had indicated should happen did not happen.

The state court reversed their original decision in favor of the father and decided without the ICWA and in compliance with the U.S. Supreme Court decision, the father had not established paternity because he never had custody of the girl and had not provided monetary support to the mother before the child was put up for adoption. They said the only people who have an adoption claim for Veronica before the state court is the Capobiancos.

Brown has now appealed to the U.S. Supreme Court to issue a stay saying that the lower court's ruling could not have been based on current conditions about what is best for Veronica because the girl has lived with him for the past 19 months.

In addition, Brown's mother and father, the child's Cherokee grandparents, and Brown's wife have all sought to adopt Veronica in an Oklahoma state court to ensure she remains with a Cherokee family.

The Cherokee tribe granted joint legal custody to Brown's parents and his wife.

On July 24, the South Carolina state court denied petitions filed by the both the Cherokee Nation and Dusten Brown for a rehearing of its July 17 decision.

The court said that under South Carolina state law, the father is prohibited from challenging the adoption.

Further, the court said that it decided the case in the best interests of Veronica and that the Capobiancos expressed their intent to make sure Veronica is raised with "a meaningful connectedness to her Native American heritage."

"We have, and always will, stand steadfast with the Brown family in their continued fight to raise this child with her biological family," he said.

Chrissi Nimmo, assistant attorney general for the Cherokee Nation, questioned why the court did not consider that Veronica has been living in a healthy, loving and nurturing home with her father and stepmother for more than a year and a half. She said the girl is surrounded by a loving extended family, which includes grandparents, a sister and cousins. Nimmo also questioned why the state court did not take into account the bond between father and daughter over the last 19 months.

"It's troublesome that, with no new evidence presented in nearly two years, the court would reverse its prior decision, which stated that [Vernoica's] best interests were best served by residing with her biological father," Nimmo said. "This court has reversed itself based on the same evidence it used to award custody to Dusten Brown nearly two years ago."

Also on July 24, Veronica's birth mother, Christinna Maldonado, sued U.S. Attorney General Eric Holder saying that parts of the ICWA are unconstitutional. She said the law considers race as a determining factor of whom a child should live with and therefore violates the equal protection clause. In various news accounts, she also expressed her desire that Veronica be returned to the Capobianco's to live.

The U.S. government enacted ICWA in 1978 because of the high number of Indian children public and private agencies removed from their Indian homes. The act gives relatives of the children and the tribes a say in what happens to Indian children. The act was designed to preserve Indian culture and heritage.

"Some who fiercely assert the evils of ICWA contend that all children should be treated equally and therefore ICWA should be dismantled," said Terry Cross, executive director of the National Indian Child Welfare Association (NICWA). "This argument sounds reasonable to those unfamiliar with the long history that led to ICWA's passage. At that time 25-30 percent of all American Indian children were removed from their homes... 80 percent were placed, often permanently, in white homes."

Other National native organizations plan to file a civil rights lawsuit on behalf of Veronica Brown.

"The National Congress of American Indians refuses to stand by as the rights of this child are violated. Together with the Native American Rights Fund and the NICWA, we are preparing to file litigation in order to protect Veronica's civil rights. On behalf of all Native American children, we will pursue every legal option available to us to ensure that standard adoption procedures are upheld in this case," its statement said.