Indian Child Welfare Act not a factor in adoption decision 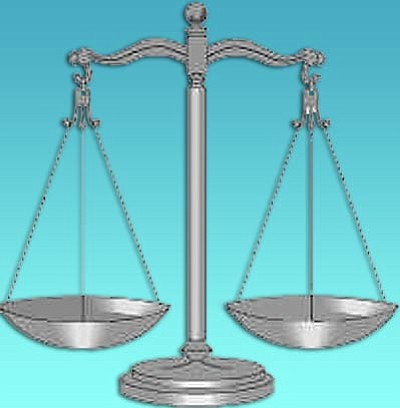 WASHINGTON - A Cherokee father is outraged because the South Carolina Supreme Court ordered him to turn over his biological daughter to a couple seeking to adopt her after the U.S. Supreme Court decided that the Indian Child Welfare Act (ICWA) played no role in the case.

On July 17, in a 3-2 decision, the court instructed the lower court to formalize the adoption of the girl at which time the father would have to hand over the girl to the couple.

The Supreme Court of South Carolina reversed its original decision in favor of the father and decided without ICWA and in compliance with the U.S. Supreme Court decision, the father had not established paternity because he never had custody of the girl and had not provided financial support to the mother before the child was put up for adoption.

At the center of the case is a little girl named Veronica. Her father, Dusten Brown, is Cherokee and according to the Cherokee nation, so is his daughter. But he was estranged from the mother and he never had custody of Veronica before the court placed her with Brown.

When the mother put Veronica up for adoption, Brown contested the adoption on the grounds that he was not properly notified in accordance with ICWA and he won his case in trial court and on appeal with the state supreme court. The courts in South Carolina said that Brown's paternity was established and took Veronica away from the presumptive adoptive parents, Matt and Melanie Capobiancos, and placed her in Brown's care.

In its recent decision, the U.S. Supreme Court said the heightened standard for proof of termination of parental rights does not apply when a parent has never had prior legal or physical custody. The court also found that active efforts to comply with ICWA to not break up an Indian family do not apply when a parent abandons a child before birth and again has never had legal or physical custody of a child.

"We are outraged that the South Carolina Supreme Court would order the adoption of our child finalized without a proper hearing to determine what is in Veronica's best interests," Brown said. "This child has been back with her family for 19 months and to tear her away from us, the family she loves and the only family she knows or remembers, would be devastating to her. This is an Oklahoma child and her placement should not be considered by a court in South Carolina. We have contacted our U.S. Senator and encourage each of you to do the same, in order to help us keep Veronica in her home, which is a safe, loving and nurturing environment. We will never give up the fight to raise our daughter."

The Cherokee Nation questioned why the court would order the transfer of the child without a hearing about what was in the girl's best interests considering that the very same court had originally decided that Brown was a fit and loving parent and that Veronica was "safe, loved and cared for" by Brown.

Echoing those statements, the National Indian Child Welfare Association (NICWA) said by failing to send the case back to family court-other than for that court to finalize the adoption -the South Carolina Court was not acting in a manner consistent with the U.S. Supreme Court's decision.

"While the Indian Child Welfare Act was not overturned and still stands as law, the decision by the South Carolina Supreme Court yesterday sends a chilling message," the statement read.

The National Congress of American Indians (NCAI) said there is no scenario in which the best interests of Veronica would be served by removing her from her loving father and family who are raising her in Oklahoma.

"A removal of the child will be extremely traumatic for her and is clearly not in her best interests," NGAI's statement said. "We are witnessing the final steps in a forced removal of a Native child from her father, her family and her Native community."

The U.S. government enacted ICWA in 1978 because of the high number of Indian children public and private agencies removed from their Indian homes. The act gives relatives of the children and the tribes a say in what happens to Indian children. The act was designed to preserve Indian culture and heritage.

"Some who fiercely assert the evils of ICWA contend that all children should be treated equally and therefore ICWA should be dismantled," said Terry Cross, executive director of the NICWA. "This argument sounds reasonable to those unfamiliar with the long history that led to ICWA's passage. At that time 25-30 percent of all American Indian children were removed from their homes... 80 percent were placed, often permanently, in white homes."

The South Carolina court allowed five days for an appeal citing the need for this case to be resolved and for Veronica's future to be decided.