Photos: Francisco and Kitchen retire after years of service with state of Arizona 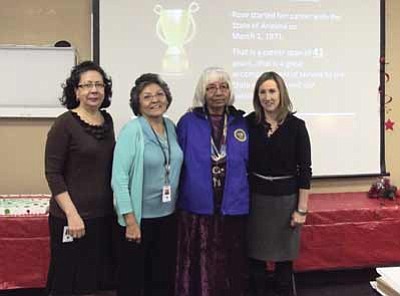 Elsie Yoyokie tells of her years helping people at Arizona DES
Goodluck retires from DES
CellOne welcomes Barry Thomas as new Chief Operations Officer
Bigman retires from Department of Economic Security after 25 years of service
When I Grow Up I Want To Be ...
Contact Us
Submit Questions, Comments, or Story Ideas