Slice of life: Winslow City Attorney Dale Patton
The Observer talks with Patton about what makes up a typical day in his life 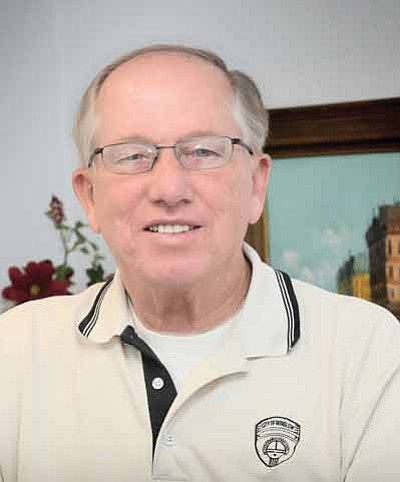 How many years have you lived in Winslow?

I have lived here 35 years.

How long have you been the City Attorney for Winslow?

I have been city attorney full time for seven years. I was part-time city attorney for another 13 years, with private practice in Winslow at the same time.

How did you get started in your career here in this Winslow area?

I was in the Air Force during VietNam and worked in an office where applications were processed for officers in the Air Force who wanted to go to law school. I realized that in reviewing law school applications that I was equally qualified for law school which got me interested in the possibility for myself. I applied to a number of law schools, was accepted and decided to go to the law school at University of Arizona. When I graduated from UA Law School I clerked for Arizona Supreme Court Justice Hays. He was a former prosecutor and a trial lawyer. When I asked him what was the best training for a future trial lawyer, he said to go to a small county and go to work for the County Attorney's Office. So I moved to Winslow because my wife's sister lived here and I went to work for the Navajo County Attorney's Office. I worked there 10 years including five as the County Attorney.

Well, my responsibility is to more or less be in the background and reviewing contracts, ordinances, giving legal advice to the city and keeping the city from incurring legal liability. And to assure we're using the city monies properly.

What's the best part of your job?

I enjoy trial work the best as well as legal research.

What's the worst part of your job?

Probably having to deal with people who will not listen to facts in opposition to their opinions.

What's the most memorable experience of your job?

One of the cases on which I was the co-counsel with the Navajo County Attorney where the descendents of the people who gave the county the old courthouse property, wanted the land back since a new facility was erected south of town. That case went to the Arizona Supreme Court where we won. The case established that a Arizona governmental entity was entitled to be awarded attorney's fees.

How about federal rules in relation to Winslow. Do they have a big affect on your job?

What are your future plans?

I'm going to be retiring in a few years. My wife and I will be moving down to Mesa, Ariz. to be close to our children and grandchildren where I will relocate my wood shop and make toys for the grandchildren and neighbor kids.