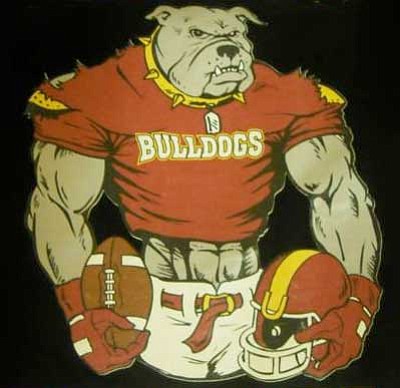 WINSLOW, Ariz. - The Winslow Bulldogs and the Monument Valley Mustangs from the old 3A North Region host Davison IV playoff games this Friday. The Chinle Wildcats take on Seton Catholic at Chandler in the first round.

The top seed is Blue Ridge (11-0). Blue Ridge will host the 16th seeded Globe Tigers in the opening round. The Show Low Cougars (9-1) are the second seed in the division and will host 15th seeded Fountain Hills Falcons (5-5). Show Low pounded the Alchesay Falcons 58-0 on Friday.

The third seed is the Seton Catholic Sentinels (9-1). They host the Chinle Wildcats (5-4). Seton Catholic defeated Bourgade Catholic to finish the regular season on Friday.

The Snowflake Lobos (8-2) are the fourth seed and will host the 13th seed Payson Longhorns (6-4). The Lobos defeated the Safford Bulldogs 16-0 on Friday while Payson got by Globe 24-14.

The Estrella Foothills Wolves (7-3) are the fifth seed and will host the 12th seeded Empire Ravens (7-3). The sixth seed is the Mingus Marauders (7-3) who will host the 11th seeded Coolidge Bears (8-2).

Winslow and Buckeye have no common opponents. Buckeye defeated Cortez 54-7, Sierra Linda 42-8, Parker 51-6 and Antelope Union 51-7 before losing to Yuma Catholic 37-24 and Estrella Foothills 34-18. Buckeye put together a 53-15 win over Tonopah Valley but followed that with a 21-7 loss to Desert Edge. The Hawks ended their regular season with a 26-15 victory over Youngker.