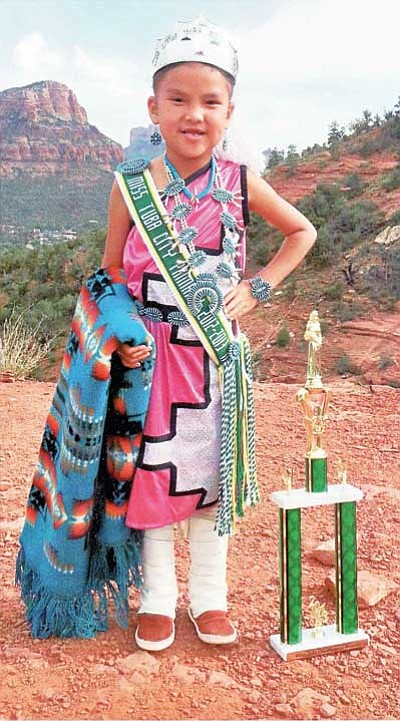 TUBA CITY, Ariz. - Nanaabah Yellowman, of Tuba City, is the new 2012-2013 Miss Tuba City Primary. She is Bitterwater born for Sioux, "the one who rides the White Horse Clan." Her maternal clan is Tangle and paternal clan is Deer Spring. She is the daughter of Stephanie Haskie-Yellowman and Griffinn Yellowman.

Nanaabah is in the second grade in Mrs. Calayah's class at Tuba City Primary School. She is 6-years-old.

"Believe in green, not the other team," she said.