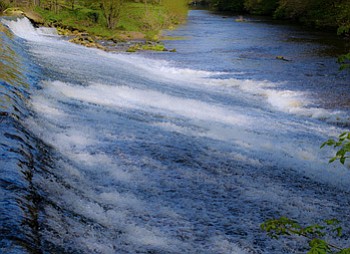 (Editor's note: The following letter was sent to Navajo Nation Speaker Johnny Naize on May 14.)

As you are aware, negotiations regarding the settlement of the Nation's claims in the water rights adjudication concerning the Little Colorado River (LCR) System and Source in Arizona were concluded on March 8, 2012. Upon the assurances of the attorneys for the parties engaged in the negotiations that negotiations were nearing completion, on Feb. 14, 2012, Senators Jon Kyl and John McCain introduced federal legislation to implement the proposed settlement. Introduction of S. 2109, and H.R. 4067 in the House, was premised on the understanding that no further action on the bills would take place in Congress until the Settlement Agreement was approved and executed by the parties, including the Navajo Nation and the Hopi Tribe. The consensus view of the negotiating parties, and our Washington Office, is that the best chance for Congressional approval of this settlement is during the current 112th Congress.

The settlement would put an end to litigation that began in 1979 - more than 33 years ago. Without a settlement the litigation is likely to continue for decades with an uncertain outcome. The only thing certain in the litigation is that the Navajo Nation and Hopi Tribe will continue to fight with each other, as they have for decades in this litigation, while the non-Indians continue to develop their water supplies. The Settlement Agreement offers certainly and finality, and includes many benefits that could not be obtained through litigation. First and foremost, the settlement will favorably resolve the water rights claims of the Nation in the LCR Basin based on all possible legal theories that the Nation might assert in court. The Settlement Agreement recognizes the right of the Navajo Nation to use all of the water from the Little Colorado River that reaches the Navajo Reservation, with restrictions on new off-reservation uses to protect those stream flows. The Settlement Agreement recognizes that the Nation has the unlimited right to use water from the Coconino Aquifer on the Reservation and will include restrictions on new off-reservation pumping in Protection Areas around the Reservation boundary that must be included in Arizona law to protect Navajo groundwater uses. The Settlement Agreement provides that the Navajo Nation and Hopi Tribe will jointly manage resources in which the tribes have a shared interest - the Navajo Aquifer and LCR tributary washes that cross both reservations.

The legislation introduced in Congress by the Arizona delegation would authorize the Secretary of the Interior to execute the Settlement Agreement on behalf of the United States. The centerpiece of the federal legislation is a funding authorization of almost $360 million primarily dedicated to the construction of groundwater delivery projects to bring high quality drinking water to Navajo and Hopi communities. Importantly, the federal legislation also lays the groundwork for a future Colorado River settlement. Part of the Colorado River water set aside for the settlement of Indian water rights claims in Arizona will be reserved for a Navajo Colorado River settlement and funds are made available to complete a feasibility study for the Western Navajo Pipeline Project that would deliver Colorado River water to Navajo communities in the Western Agency.

One of the more contentious issues arising out of the federal legislation is the option to secure water for Navajo communities in eastern Arizona to be delivered through the Navajo-Gallup Water Supply Project (NGWSP). For this option to be available, the Navajo Generating Station (NGS) must continue in operation until 2046. This will require, among other things, that the Navajo Nation approve the plant site lease and other necessary agreements. If this option is deleted from the federal legislation - as has been proposed in Navajo Nation Council Legislation No. 0149-12 - the Nation will be relinquishing an opportunity to bring additional drinking water to water-short communities through the LCR settlement. I strongly recommend that the Nation retain the option included in the federal legislation. The Nation is currently in negotiations with the NGS plant operators on the terms of the NGS lease extension. The Council will have the opportunity to consider the lease extension on its merits at a later date (the current lease expires in 2019). If the option for water to be delivered to Navajo Arizona communities is deleted, and the Council subsequently approves the NGS lease extension, the Nation will have lost the ability to secure water for these communities, even though the conditions for securing the water are met. Further, the option for Arizona water to be delivered through the NGWSP is a stand-alone provision in the legislation - if the option remains in the federal legislation, but the Council fails to approve the NGS lease extension, the remainder of the settlement is unaffected.

On March 23, 2012, the Water Rights Unit of the Department of Justice made a presentation to the Council to explain the terms of the settlement agreement and the federal implementing legislation. At the Council's direction, the Water Rights Commission, of which I am a member, began the process of educating the public about the settlement. In conjunction with the Office of the President and Vice President, the Commission sponsored seven public forums around the Nation. Before, during and after those forums, the Water Rights Commission independently made additional presentations to Chapters and other interested groups, many at the request of local Council delegates. There has been extensive coverage of the settlement in the media, including local, state and national newspapers, web-based media outlets, and radio programs. The Department of Justice, Department of Water Resources and Water Rights Commission held an open house for Council delegates and their staff for four days last week, in a further effort to educate the delegates and answer their questions.

While presentations at the local level are on-going, I believe that if the settlement has any chance of passage during the 112th Congress, the Navajo Nation Council must take up the matter as soon as practicable. I ask that you assist the attorneys in the Water Rights Unit in identifying sponsors for legislation and scheduling meetings of the appropriate bodies so that legislation to approve the settlement can begin to make its way through the Council's review process.

I look forward to working with you and the delegates of the 22nd Navajo Nation Council as they consider this important matter. Please feel free to contact me if I can be of assistance in any way.