Out and About: Explore the peavine trail before it gets too hot 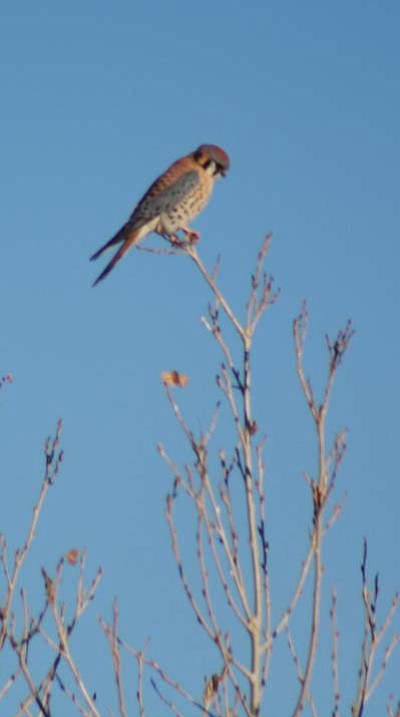 Stan Bindell/NHO<br> Wildlife is a frequent occurance on the trail, and can include any animal including blue herons.

PRESCOTT, Ariz. - As the weather goes from too cold to not yet too hot, the Peavine Trail is a perfect workout for those who like the outdoors whether it's for exercise or nature.

The Peavine Trail is located at Watson Lake, which is also listed as an Important Birding Area. No wonder here, as Blue Herons are almost always here along with a variety of ducks and birds including woodpeckers. Eagles make an occasional appearance. The Tundra Swans have been out this winter.

Javelina were spotted on the trail recently and deer or antelope are not uncommonly seen. This trail has been written up in Arizona Highways and other hiking or recreational magazines.

The trail begins just to the north of Watson Woods, which can be a nice side trail because it is not quite as heavily traveled. Watson Woods is a nice riparian area which has plenty of cover thanks to cottonwoods, sycamores and willows. There is a bridge crossing over the creek and a bench nearby with tree cover where viewers can also enjoy the creek.

Frog ponds are just upstream for those who don't mind getting wet or muddy.

At just past the half mile mark, Watson Lake appears shortly after a bench. There are several benches along the trail where hikers can rest or enjoy the views. After another half mile, the lake starts to disappear as hikers, bikers and equestrians start to enter into the Granite Dells area, where folks are treated to wonderful rock formations.

The trail is named after an old railroad line, but no motorized vehicles are now allowed on it.

The trail has many beautiful parts to it, but not all of it. Just about three-quarters of a mile in, off to the right of the trail is the City of Prescott refuse station and further on is a police shooting range. Across the street from the trailhead is a sewer station which isn't helpful when the wind isn't blowing right.

The shooting range is good for the police, but when they are practicing their marksmanship the hikers aren't going to find much solitude or quiet.

Just after the one mile mark, the trail gets interesting with another short trail off to the left that leads down to the lake and offers a picnic table for those who want to snack and watch the water world go by.

About 1.5 miles in, the viewers come to the area known by photographers as "the cove." A bit of an inlet that is usually filled with water. The rocks of the Granite Dells at the cove give photographers or nature lovers a great view at sunset.

At 3.4 miles, hikers reach a fork in the trail. The trail to the right is Iron King Trail and leads another 4.5 miles into Prescott Valley. The Peavine Trail continues straight ahead to the 4.6 mile mark.

Directions: From downtown Prescott, drive east on Gurley Street to the intersection of Highways 89 and 69. Turn north on Highway 89 to Prescott Lakes Parkway.