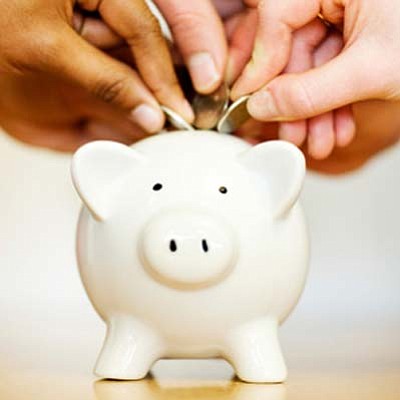 Any good horseman knows, "If you don't like riding bucking horses, don't break colts." That always reminds me of politics.

Week in and week out, our Navajo president is criticized for what people think he's doing wrong or for not doing what they think is right. Instead, I would like to commend Ben Shelly for having the courage to say what needs to be said to federal officials about saving jobs on the Navajo Nation. To me, he looks like someone who is not afraid to ride that horse.

Since 1985, I've worked at the Navajo Generating Station along with 450 other Navajos. So I appreciate our president telling Washington that decisions made 2,500 miles away have a direct impact on our lives. Last week, Mr. Shelly said a negative decision by the EPA will make good-paying jobs on the Navajo Nation harder to find. He's right.

In December, President Shelly took his concerns about the EPA directly to the Senate Indian Affairs Committee, the White House Conference with tribal leaders and EPA Administrator Lisa Jackson, who sat and listened to him. I appreciate that because he's our only tribal leader who is speaking up to protect these jobs.

We read in the newspaper only how bad coal mining and power plants are supposed to be. We don't get the other side that President Shelly is talking about. If Navajos could see for themselves, they'd know NGS is a place to be proud of, not look down on.

Employees here are good at their jobs and receive continual training. Their safety record is the best in the plant's history. The plant operates as well today as the day it was built because its owners invest in it and Navajo workers keep it that way.

It's the people who make the difference in every organization. When I was on the Shonto School Board, we had members from NGS and Peabody Coal, along with other professionals in our community who helped make the school better. We had a level of professionalism in our community because we had the jobs there. I have made the choice to work here and live among my people.

Every time new pollution controls were installed at NGS, even environmental groups praised it. But then politics change and the praise changes. Now the same groups say they want Navajo coal mining to stop and all the power plants to shut down.

Besides that being unnecessary, if it happened, where would our people work? What happens to the revenue the tribe receives? That's what President Shelly is asking. Last week, Peabody presented the Navajo Nation with a $14 million royalty check. At a time when our students need scholarships, this income is important to us. As much as everyone supports alternative energy, wind farms and solar power can't provide anything near the revenue the Navajo Nation needs.

President Shelly, thank you for understanding this and telling our representatives in Washington. I wish more Navajos were proud of the energy we produce and the contributions Navajos in the energy industry make. I wish all Navajos and our leaders could see how proud NGS workers are of the jobs they do every day, how clean this plant really runs and the steady reliability of this place.