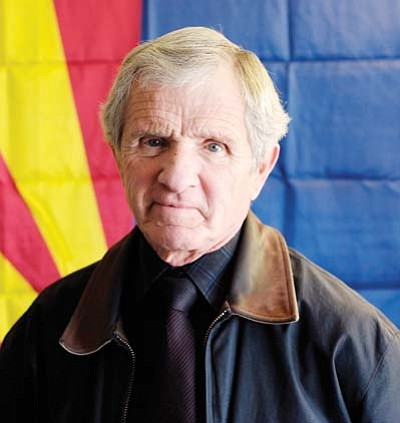 WINSLOW, Ariz. - KINO Radio 1230 AM is heard throughout the Winslow area including Holbrook, Dilkon, Joseph City, Leupp and all rural areas surrounding Winslow. The current operator, Chief Operating Officer is Loy Engelhardt. Engelhardt has Steve Adams as a long time partner in the radio venture, but Adams is committed to his various other business enterprises at this time.

Engelhardt and Adams purchased KINO from a group of Winslow owners in 1977. The local owners had been operating the station since 1961. KINO had been listed for sale in trade publications and Engelhardt and Adams were looking for a radio ownership opportunity in the southwestern United States. They were employed at a radio station in Abilene, Kan. and wanted to be more than employees, in radio.

Over the years KINO has had two generations of some family members grace its doors as "part-timers." Some locals have gone on to broadcasting at major stations and/or become producers on network television.

KINO has been broadcasting Winslow sports for 36 consecutive years under its current management. Engelhardt seems to be tireless in his ability to cover all things of interest in Winslow and admits to having a double packed work schedule. Winslow is lucky in having such a dedicated city resident, keeping citizens informed and entertained every day.