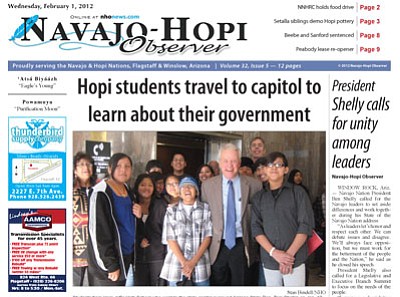 In December, the National Newspaper Association (NNA) released results of their Sixth annual readership survey on the patterns of community newspaper readers. Working with the research arm of the Reynolds Journalism Institute at the Missouri School of Journalism, NNA tests reactions of people living in smaller communities served by local newspapers.

Following consistent trends, the study shows that 74 percent of people in communities served by a newspaper with circulations under 15,000 read a local newspaper each week. They prefer the printed copy to the online version, with 48 percent saying they never read the local news online. They prefer to receive advertising through the newspaper (51 percent) instead of on the Internet (11 percent). And only about a quarter of respondents said they had found local news through a mobile device in the past 30 days. Slightly more (38 percent) said they had received local shopping information by mobile device.

They also have a strong preference for government accountability through newspaper public notice, with 80 percent saying the government should be required to publish notices in the newspaper.

Since 2005, NNA has done research on how people read and what they think about their local newspaper. Results have been consistent over the years, even as sample and community sizes have been adjusted slightly.

The early data indicates that the positive findings in the earlier surveys are consistent for community newspapers:

• Seventy-four percent of those surveyed read a local newspaper each week. Those readers, on average, share their paper with 2.33 persons. They spend about 38.95 minutes reading their local newspaper.

• Of those going online for local news (167 respondents), 52 percent found it on the local newspaper's website, compared to 20 percent for sites such as Yahoo, MSN or Google, and 25 percent for the website of a local TV station.

• The local community newspaper is the primary source of information about the local community for 51.8 percent of respondents compared to seeking information from friends and relatives (16 percent) and TV (13.2 percent.) Readers are seven times more likely to get their news from their community newspaper than from the Internet (7.4 percent). Less than 6 percent say their primary local news source is radio.

While the Navajo-Hopi Observer maintains and actively promotes our own website, we still firmly believe in the value of print. Reading the news without an actual newspaper in hand is just not the same. Reading the news online lacks a feeling of community. Thank you for continuing to read and support our product each week.