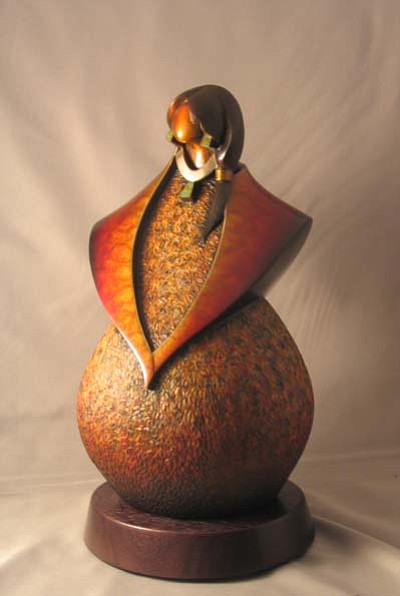 PHOENIX, Ariz. - On March 3-4, the Hopi Education Endowment Fund (HEEF) will host their annual art sale in Phoenix at the Inter-Tribal Council of Arizona, 2214 N. Central Ave, directly across from the Heard Museum. Serving as the HEEF's signature event for the past nine years, funds raised from the art sale go towards the support of Hopi students in the form of grants and scholarships as well as supporting Hopi educational programs.

Building off the success of last year's event which raised over $29,000 and with over 25 pieces of art donated to date from acclaimed native artists such as Kim Obrzut, Sheryl Sunsunkewa, and Robert Lomabalaquihoya, HEEF Executive Director LuAnn Leonard stated, "The HEEF is currently soliciting and accepting donations of all mediums of artwork and we encourage those interested in donating to contact the HEEF office. During the past 8 years, artists through the donation and the sale of their artwork, have contributed immensely not only to the success of the event, but have made a significant impact in helping the HEEF provide financial resources to students and educational programs for the Hopi people. We invite and welcome everyone to join us at our event as this is great opportunity to purchase art and to also support and learn about HEEF."

Since being established by the Hopi Tribal Council in 2000, the HEEF has provided over $6 million in funding for scholarships, grants and educational programs for the Hopi people. For more information on the sale visit www.hopieducationfund.org or to donate artwork contact the HEEF staff at (928) 734-2275 or email heef@hopieducationfund.org The HEEF is a 7871 (a) charitable non-profit organization. All contributions and donations are tax-deductible.