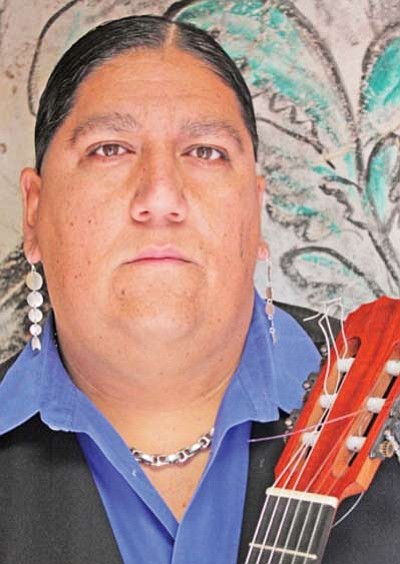 The Kayenta Township will present and sponsor a special evening with nationally-renowned guitarist and NAMMY Artist of the Year Gabriel Ayala. The concert takes place Friday at 7 p.m. at the Student Activity Center at Monument Valley High School in Kayenta.

The event will benefit the Toys-for-Tots program and the community food bank. Admission to the event is an unwrapped toy or a non-perishable food item.

According to Ayala's website, Ayala is a member of the Pascua Yaqui Tribe of southern Arizona and is at the forefront of a new generation of Native Americans making a career performing classical music. In 2011, he was honored as Artist of the Year at the Native American Music Awards in Niagara Falls, NY.

Ayala earned a Master's Degree in music performance from the University of Arizona and teaches students ranging from elementary school to college. His musical talents have allowed him to travel the country. He has performed at the Poway Center for Performing Arts, the John F. Kennedy Center for the Performing Arts, the National Museum of the American Indian and the Oscar Meyer Theater in Wisconsin.

His website states he was recognized by Arizona Gov. Janet Napolitano for his musical achievements. He was honored as Artist of the Year for the Indigenous Internet Chamber of Commerce. He received many accolades in his career, among them is the honor of sharing the stage with Motown legends: The Four Tops, The Temptations, Richie Havens, Dr. John and many others.

Ayala is a strong advocate for students and education. His message includes harnessing and instilling values of a traditional lifestyle, and substance abuse prevention. Ayala's website is www.ayalaguitarist.com.