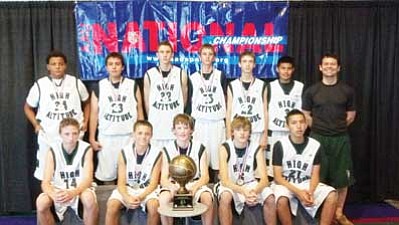 Although only playing together since April, the team managed to win a smaller tournament in Las Vegas in May called the Game Time Classic. The confidence they built in May brought them back to Las Vegas in July to test themselves against even more teams and tougher competition.

Poirier added that the team is also very involved in other activities besides basketball; they do volunteer work, community service, and team building. For example, the High Altitude Hoops team is volunteering at the Flagstaff Art in the Park for kids this summer.