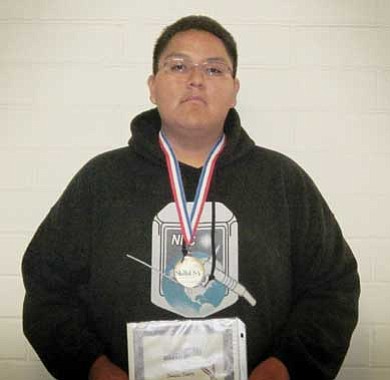 Danzel Curtis displays his medal and award plaque for second place at Skills USA in the Welding Competition held March 27 at the Phoenix Civic Center. He won the silver medal after competing against 61 students from across the state and was the first to place in the top three at Winslow High School. Curtis is a first year welding student and will continue with his certification after graduation.