Hopi TUUVI gathering to be held in October 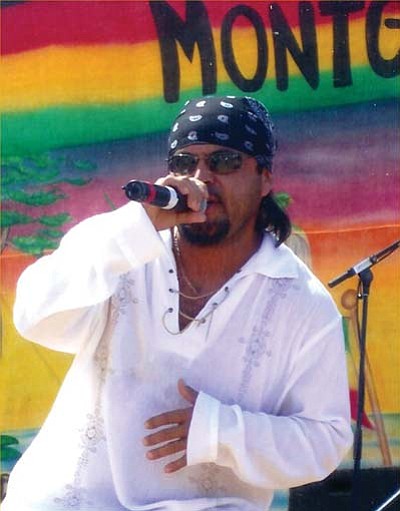 Rosanda Thayer<br> Hopi’s own “Casper” and his Mighty 602 Band will be a highlight concert performer at the TUUVI Gathering at the Moencopi Legacy Inn on Oct. 15.

This year's event date weekend is Oct. 15-16, at the Upper Moencopi Village, Tuuvi Grounds located immediately behind the Hopi Legacy Inn Hotel on the corner of Highway 264 and Highway 160.

This is the only "free" event welcome to all during the weekend Western Navajo fair in Tuba City that features over 100 Native arts and crafts vendors from both Arizona, California and New Mexico with food booths offering two types of "fair food" for hungry fair attendees such as the usual curly fries, kettle corn, cotton candy, fresh lemonade, hamburgers, corn dogs as well as "traditional Native foods" like fresh green chili stew, frybread, fresh pork tamales, pueblo fruit pies and homemade loaves of Hopi or Pueblo bread and extra tasty Hopi "Nok-quivi."

One of the biggest highlights is the all day social dancing provided for the public to enjoy that will feature dancers and drum groups from both Arizona and New Mexico tribes. Event provided seating is available for the public in the arena area, but visitors are encouraged to bring their own lawn or folding chairs, as attendance becomes quite crowded and provided public seating becomes limited during the dance activities.

One of this year's special first time highlights of TUUVI will be the Saturday evening performance of "Casper" Lomadawa of Kykotsmovi, Third Mesa and his Nammy nominated musical back up, the Mighty 602 Band.

Casper gives a stellar reggae Hopi presentation and has been the featured headliner in numerous northern Arizona shows performing in New York, Los Angeles, New Mexico, and numerous reservations, conferences and tribal events across the country.

Casper and the Mighty 602 Band will be at the Moencopi Legacy Inn on Oct. 15. Tickets are priced at $15 apiece and all ages are welcome.

To book booth space which is available for purchase immediately, with $150 for food vending, $50 per day for arts-crafts and information for the event, call Sheryl Coriz at (928) 309-0003, Moencopi Developers Corporation or by emailing to: tuuvigathering@gmail.com