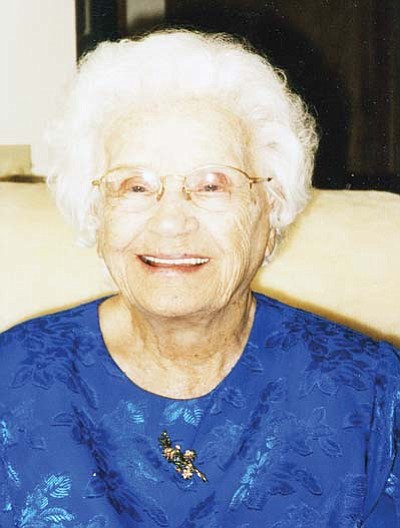 God saw you getting tired; He did what he thought best. He put his arms around you and said, "Fern, come home and rest." Fern Elizabeth Morgan passed away peacefully at the Olivia White Hospice Home on Thursday, Oct. 13, 2011.

She was born in Bellaire, Kan. on Feb. 8, 1913 to James and Bertha Maydew. She was the sixth child of eight children.

On May 29, 1934, she married Irwin Morgan, son of Jacob C. and Rena Morgan. They had two daughters, Vivienne Jeanne and Carole.

Fern was postmaster in Ft. Defiance, Ariz. for 10 years and worked in that post office for a total of 24 years. She was an accomplished seamstress and artist with many other talents. Fern was a member of the Victorious Life Christian Center in Flagstaff.