Newspapers still represent the most trusted source of news in America 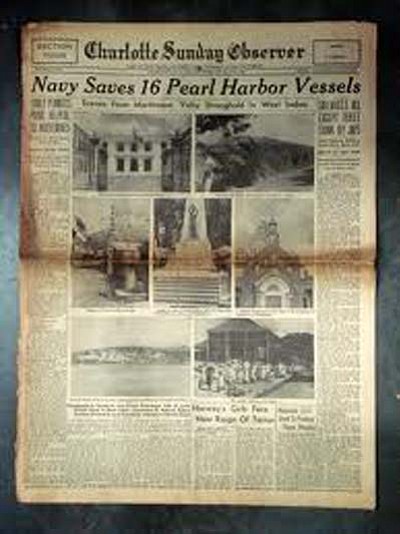 Despite all the doomsayers out there writing obituaries for the nation's newspaper industry, 150 million Americans - two out of three adults - read a local newspaper last week.

Newspaper Association of America research from 2011 by Scarborough USA indicates almost 70 percent of your neighbors read either a printed newspaper or its online counterpart within the past seven days.

How could that be?

Well, it's because newspapers still represent the most trusted source of news in America. I know that's hard to believe when you hear the mainstream media criticized at every turn on cable TV.

When citizens want to get the facts, they turn to their local newspaper.

This is National Newspaper Week, and this year's theme, Newspapers - Your Number One Source for Local News - underscores the importance of the nation's newspapers in the daily lives of citizens.

Newspapers certainly have their competitors out there: a hundred million websites, hundreds of thousands of bloggers, Facebook, Twitter, billboards, radio and television. And that competition is formidable.

But where does the vast majority of the "authoritative" news coverage originate that other media outlets utilize? Simple - the nation's daily and weekly newspapers.

If print is dead, then why do more than 7,000 weekly and 1,400 daily newspapers still open their doors every day and report what is happening in their communities?

Because they take seriously the importance of local news. They know those who plunk down their hard-earned cash want their newspaper to cover those events that are unique to each community.

Every day, newspapers in our local communities cover the big stories and the routine as well. Editors take to heart the newspaper's role as the most comprehensive source of a community's historical record, so births, deaths, weddings, engagements, business accomplishments, crime, courts, real estate transactions and a myriad of other day-to-day news events are covered along with the important governmental decisions that affect our lives.

Newspapers are the number one source of local news in every city and county in America because we show up each and every day and cover those stories. It's what our readers have come to expect.

And it's what we do better than any other news source in America.

Survey: Readers prefer community paper for news
Your community, your newspaper, your life
The Observer - a place for YOUR news and events
This is your newspaper, and it's all about you
Don't forget to contact the Observer before your event
Contact Us
Submit Questions, Comments, or Story Ideas