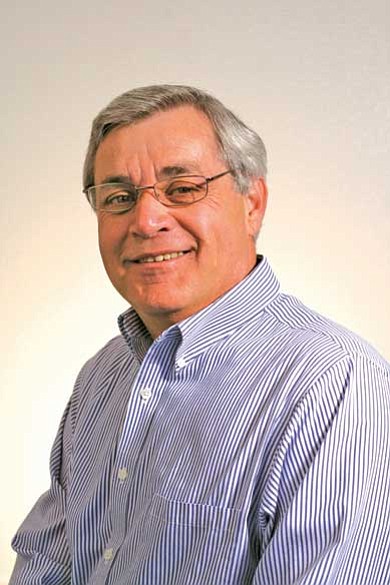 FLAGSTAFF, Ariz. - Bill Calloway, longtime community leader and plant manager at Nestle Purina Pet Care will receive CCC's Distinguished Service Award at this year's Commencement Ceremony to be held at CCC's Flagstaff Lone Tree Campus. The award is the highest granted by CCC to a community member and is an opportunity for CCC to recognize an individual who has exhibited exemplary service, leadership, and support of CCC and the community as a whole. Calloway was selected for his lengthy record of community service, business and civic leadership, and support of CCC.

In addition to Calloway's support of CCC, he has made a major impact on northern Arizona through his work at Nestle Purina Pet Care and as a community member. Bill has worked for Ralston Purina for over 35 years in the states of Pennsylvania, Iowa, Ohio, New York, Georgia and Arizona.

Calloway has worked tirelessly with the College's Community and Corporate Learning Division and organizations like the Flagstaff Forty to address workforce development issues and other local economic concerns that impact business retention and expansion in Coconino County.

Other community contributions include Calloway's involvement as the Chairman of the Board for the Greater Flagstaff Economic Council and his role as a board member for several other community organizations. Bill has also served on the Advisory Council for the NAU School of Engineering and The Natural Sciences and Forestry College at NAU, and is a member of Northern Arizona Center for Emerging Technologies (NACET), Northern Arizona Renewable Energy Purchasing group (NAREG) and was Co-Chairman for the Coconino County Jail Tax District Board.

Calloway has supported CCC through his workforce development partnership, and through the Nestle Purina Company, helping the CCC Foundation secure $15,000 for the endowed Step-Up Scholarship fund founded by former Flagstaff Mayor Joseph Donaldson and his mother, Mary Donaldson.