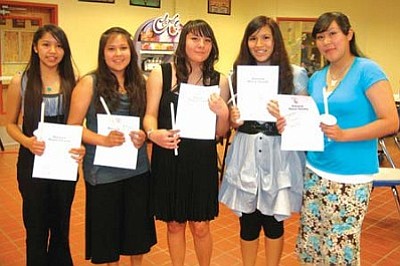 POLACCA, Ariz. - Five students were inducted into the Hopi High School National Honor Society during the annual ceremony April 19 in the school's cafeteria.

The Hopi High NHS is known for its annual food drive to the elderly, highways cleanups and other community service projects.

Lavonne Adams serves as the advisor for NHS.